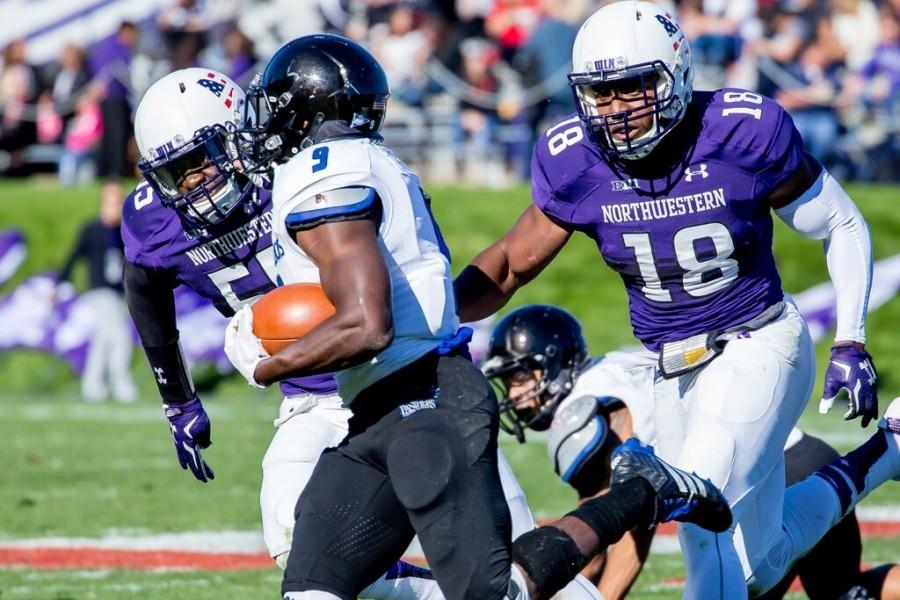 Anthony Walker chases down an Eastern Illinois player earlier this season. The sophomore linebacker terrorized opponent backfields, totaling 19.5 tackles for loss in his first full season as a starter.

Walker was selected by both conference coaches and media for the honor. He is the first Northwestern player chosen for the first team since kicker Jeff Budzien in 2013 and the first Wildcats’ defender chosen since safety Brian Peters in 2011.

Walker dominated Northwestern’s opponents this season, powering the Wildcats’ defense to being 11th-best in the nation in terms of yards allowed per game. Walker racked up a team-leading 113 tackles, including 19.5 tackles for loss and three sacks, and also had an interception, three fumble recoveries, a forced fumble and four pass breakups.

Offensive awards and honors for the Big Ten will be announced Tuesday night.