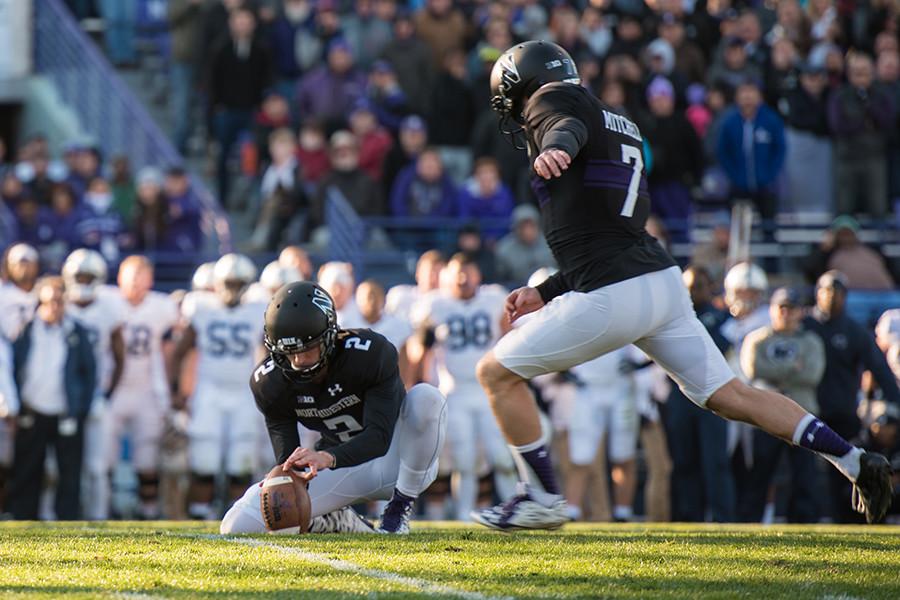 Junior holder and one-time Twitter celebrity Christian Salem is hanging up his cleats after this season despite having a year of eligibility left. The Daily interviewed one of the most unheralded members of this year’s graduating class for some insight into how to hold a football.

The Daily: A lot of people think that holding the ball is pretty easy. Are they right?

Salem: It’s definitely not as easy as even I thought it would be when I started doing it. It’s a lot of rhythm and timing and repetition, and after a long time of practice you get the hang of it.

The Daily: Any given week, how much are you practicing?

Salem: Every practice, we’re going to be taking a lot of reps, before practice, during practice and sometimes even after practice.

The Daily: Does junior long snapper Chris Fitzpatrick ever give you a bad snap?

Salem: He’s pretty consistent. We like to call him “Can’t-Miss Chris.” I think he’s one of the best long snappers in the Big Ten.

The Daily: How’s your speed?

The Daily: Before the fake field goal against Penn State last year, how excited were you?

The Daily: Do you ever ask Fitz to call another fake field goal?

Salem: Maybe toward the end of the year we’ll get something sweet.

The Daily: What’s been your favorite football memory?

Salem: Probably a tie between Notre Dame, with Jack (Mitchell) being one of my best friends, being able to share that moment with him was pretty cool; and then after Penn State, coach Fitz tossed me the game ball, and having the whole team chant my name in the locker room was a pretty special moment.

The Daily: Do you have any plans for after graduation?

Salem: I’m looking for a job, so if any alums are out there I’d love to get hired.