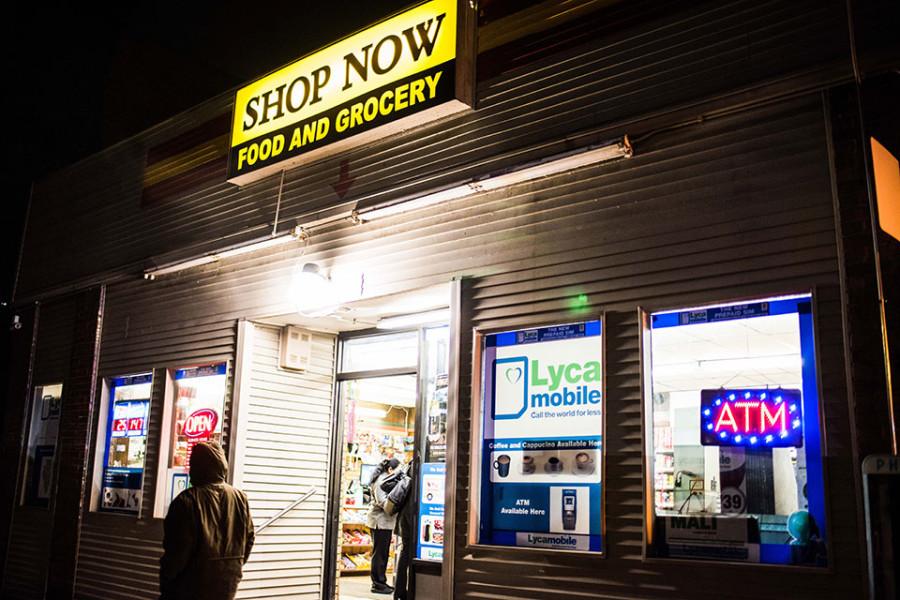 Shop Now Food and Grocery, 1942 Maple Ave., was one of two Evanston retailers found in violation of the city’s Tobacco 21 ordinance. The ordinance, passed by City Council last October, prohibits the sale of tobacco products to people under the age of 21.

Two Evanston businesses were found to have violated a city ordinance forbidding the sale of tobacco products to individuals under the age of 21,  the Evanston Police Department announced Thursday.

The Walgreens at 900 Dodge Ave. and the Shop Now Food and Grocery at 1942 Maple Ave. were found in violation after EPD juvenile bureau detectives conducted tobacco compliance checks across 34 businesses in the city. The cited businesses will attend administrative adjudication at the Civic Center.

Compliance checks are conducted by having 16 to 19 year-olds pose as customers attempting to purchase tobacco products. If businesses are found to sell age-restricted products such as tobacco without confirming the consumer’s age during these checks, they are cited. City manager Wally Bobkiewicz said these checks are not unlike compliance checks for other substances such as alcohol.

Evanston was the first municipality in Illinois to pass a “Tobacco 21” ordinance in October of last year, requiring individuals to be 21 years old to purchase tobacco.  The ordinance was part of a movement pushing for legislation that works to block access to harmful substances during the time period most critical to future addiction for youth, Ald. Jane Grover (7th) said.

“The goal was to move access to tobacco out of the high school because if there are 18-year-olds that can buy them, it’s easier for 16-year-olds to bum them off a friend,” Grover said. “Data shows that before the age of 18 you are more likely to become a smoker.”

Evonda Thomas-Smith, the city’s director of health and human services, said although the ordinance works to prevent Evanston merchants from selling tobacco to minors, there is no way to control youth from purchasing tobacco in neighboring cities.

“I have no jurisdiction over Skokie and Chicago, and there is no way to prevent crossing over,” Thomas-Smith said. “Our hope is that Skokie and Chicago, who are both considering passing ‘Tobacco 21’ as an ordinance, will result in better countywide compliance.”

Although city officials believe the ordinance will be a viable barrier to prevent youth addiction to tobacco in Evanston, others view it as little more than a nuisance that deflects young adults’ business to other establishments.

“I would make trips down to my hometown where cigarettes cost about $5 a pack whereas in Evanston it is about $10,” said McCormick sophomore Connor James, who lives in New Lenox, Illinois. “I find that all the ordinance has done is decrease social smokers. The 21+ rule just makes regular smokers get slightly more creative in how they get their cigarettes.”

James said he has often purchased cigarettes from his hometown and brought them to friends at school who cannot purchase cigarettes themselves in Evanston. He said experiences like these have led him to believe the ordinance is ineffective at decreasing smoking.

Smokes and Such, located at 3439 West Dempster St. in Skokie, is one such establishment that claims its business has gone up slightly as a result of Evanston customers moving business to areas where the ordinance has no effect. Judy Patterson, an employee that has worked at the business for four years, said the most noticeable increase in business at the location has been with the demographic of 18, 19 and 20 year-olds.

“If you’ve had someone legally allowed to smoke all this time and now all of a sudden you can’t, you’re going to be pissed,” Patterson said. “I don’t think Evanston did anything to curb smoking. It’s like prohibition, people will find a way.”

However, Thomas-Smith says the ordinance’s purpose is also to notify people of the dangers of tobacco.

“The hope is to reduce tobacco use but there’s also a purpose to deter youths and bring awareness to users of what tobacco products exist and their individual dangers,” Thomas-Smith said.