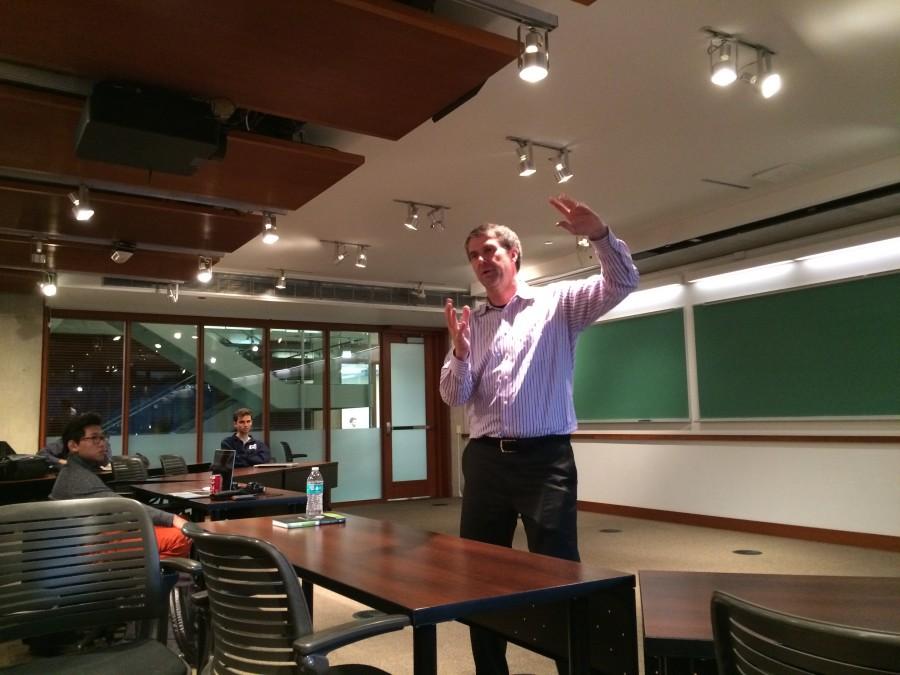 Game console guru Robbie Bach, one of the minds behind the Halo, Gears of War and Fable title, spoke Thursday about his journey leading the team that created the Xbox video game system.

The business leader was featured as part of the Farley Center’s [email protected] speaker series at the Ford Motor Company Engineering Design Center. About 20 people attended the event, where Bach drew on two decades of experience as a Microsoft Corporation executive and on the past five years as an engineer focused on civic engagement.

Bach stressed the need for cooperation in meeting team goals through an anecdote about the Xbox 360, the second generation of the console. Drawing on the difference between the Xbox 360 and the original Xbox’s approach, he lauded the centralized, one-team strategy behind the newer model compared to the original Xbox’s multiple business units, which each had its own jurisdiction. That transformation, he said, made the Xbox 360 one of the best teams he worked with at Microsoft.

“We had to redefine the way people thought about ‘team,’” Bach said. “There wasn’t a first-party team, a hardware team, a software team; there was an Xbox team.”

Bach then spoke fondly about a self-titled meeting called the “Valentine’s Day Massacre” during January 2000 with former Microsoft CEOs Bill Gates and Steve Ballmer. He said the three had joined other top Microsoft executives in highlighting the difference between Microsoft Windows’ operating system and the Xbox project: the software being run by the game instead of the other way around.

“Bill comes into the room and slams his hand on the table and starts yelling about why we’re screwing the business,” Bach said. “For two and a half to three hours, we discussed that topic. At that point I said, ‘if you’re not comfortable with it, let’s just not do it.’ That led to another hour and a half of arguing what would happen if we didn’t do Xbox.”

Bach also talked about the “business, experience, technology” model for a product, which he credits as the backbone for many successful products. He referenced this idea with respect to other products and services such as Uber and iTunes.

Caitlin Smith, associate director of the Farley Center for Entrepreneurship and Innovation, said she invited Bach to Northwestern due to the innovative nature of his Xbox team.

“Robbie really stood out, because we focus a lot on entrepreneurship,” Smith said. “What they did was obviously incredibly innovative. It adds a really different perspective to our speaker lineup, our teaching and it is just a cool look at innovation from within a company.”

SESP sophomore Nick Serratelli said he plans to apply Bach’s advice in pursuit of his own goals.

“Especially how he was geared towards life lessons like the BXT was really cool because it was something that we can apply now,” Serratelli said. “I want to be part of a business someday … I can use those things in my work or later on in life.”

Bach finalized his speech by talking about challenges he personally faced with Xbox and how he pushed through those obstacles including deviating from public relations standards and convincing people to accept the violence in his team’s games.

“The other thing that was challenging for me was to get through my head that it was OK to be plain different,” Bach said. “I wanted the rest of the company to love what we were doing.”