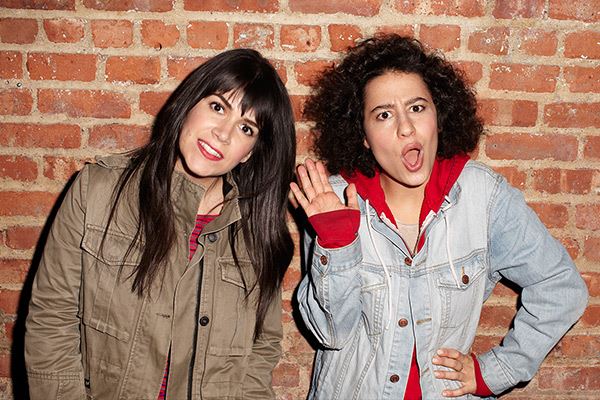 A&O Productions and NU Hillel will be bringing the stars of “Broad City” to Northwestern, A&O and Fiedler Hillel announced Tuesday.

“Broad City,” a sitcom that first aired on Comedy Central, follows the characters played by Abbi Jacobson and Ilana Glazer, the creators and lead actors of the show. The duo will speak about their friendship and work relationship, as well as their Jewish backgrounds.

“Their show is about two people who are young and learning and doing things as things go,” said Communication senior Eytan Boclin, director of speakers for A&O. “It’s their friendship that we can all identify with and love to see on scene.”

Organizers said they hope students will also be able to connect with the speakers’ Jewish background. They chose “Broad City” because the actresses serve as role models for the Jewish community on campus, said Weinberg senior Mitchell Caminer, Hillel co-president.

“Every year when we’re planning our speaker events we brainstorm relevant Jewish artists who we think would appeal to the students at large,” said Communication senior Lauren Kandell, communications co-chair and speakers co-chair of Hillel. “When we were brainstorming, we thought it would be a really opportune time to bring ‘Broad City’ to campus.”

Boclin said A&O and Hillel decided to work together because previous collaborations have been successful and Hillel wanted to work with an organization that has experience coordinating large-scale events.

The event will be in the format of an interview, in which students will have the opportunity to submit questions through a Google form prior to the event. Communication Prof. Catherine Carrigan will moderate the event.

Jacobson and Glazer will be performing on campus Thursday. Students can buy tickets from the Norris Box Office website.

This story was updated at 7:17 p.m. on Tuesday with comments from representatives from A&O Productions and Fiedler Hillel.