Q&A: The Daily speaks with ‘Spamalot’ director about gender changes in the musical 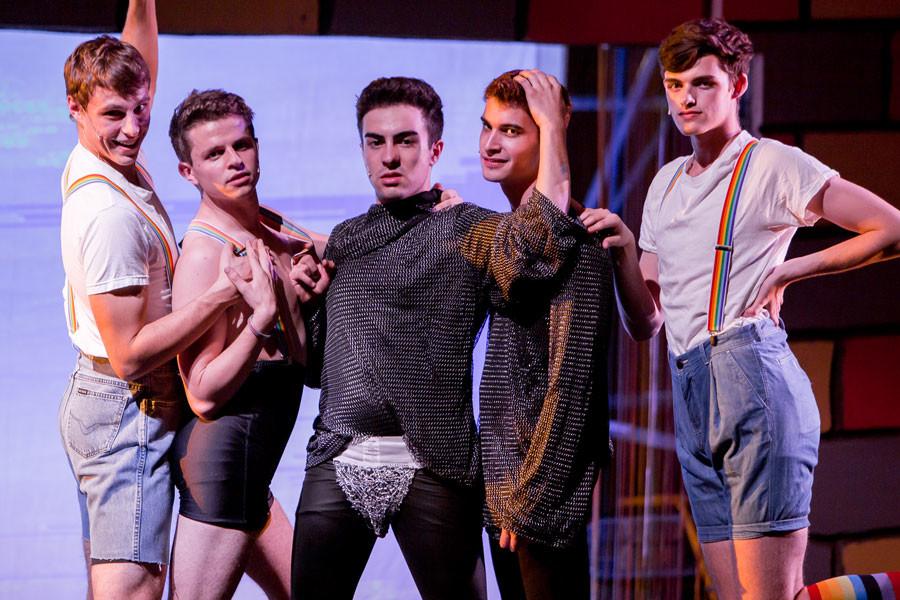 Cast members rehearse for “Spamalot,” which opens Friday in McCormick Auditorium. The genders of some roles are changed in the production.

Arts Alliance’s upcoming musical has a twist: Most of the characters are played by an actor of the opposite gender. The production of “Monty Python’s Spamalot,” based on the classic comedy film, “Monty Python and the Holy Grail,” follows the story of King Arthur, played by Bienen junior Megan Orticelli, as she gathers her round table of knights on a quest to find the Holy Grail. The Daily sat down with the musical’s director, Communication senior Chris Anselmo, to discuss the inspiration behind the gender-bending of the characters, the issues the production tackles and what he hopes audiences take away from the show.

The Daily: What inspired you to have the characters played by someone of a different gender?

Chris Anselmo: By switching the genders of our main two characters, Arthur and Lady of the Lake, we have a story now of Arthur, who is a female, and she has become king and no one in the land wants her to become king. So since they see her as a woman, a woman is not fit to be king, they will make fun of her, they disrespect her. They belittle her. So the story, in a way, becomes the story of her trying to prove to England that she is worthy of this kingship. When it comes to the Lady of the Lake, what we see in the original production of “Spamalot,” is this woman who takes on the role of the diva, and we laugh at her because she’s rude to everyone, she tries to take up space, she wants all the focus on her and we see those qualities … Having Lady of the Lake as a man in drag … and by having him take on those qualities willingly, we have something that the entire community can laugh with him and can laugh with all our actors, so that’s something that was really important to me, and I think it works really well in the show, especially because a huge staple of Monty Python humor is drag, whether it’s men in drag or women in drag.

The Daily: Are there any other big changes you’re making, besides the gender?

Anselmo: So something that’s really great about the original production is that they incorporated so many Broadway jokes … So there are a lot of jokes that are in the script and in the score that may not be as relevant for our community, so what we did is, the cast and I and the rehearsal team and the production team, we examined the script and we analyzed what it was about those jokes that, with the function of those jokes were, what devices were being used and we found analogues for them, something that was more relevant to our community. So we called upon a lot of other student theater groups, we called upon large events like Dillo, like DM, A&O, so we’re really making sure that the jokes in the show are relevant to our community, not just Broadway.

The Daily: Why do you think students should come to the show? What can they take away?

Anselmo: Something that’s so unique about Northwestern is that we actively try to make a difference and we are actively (conscientious) about how we can work to improve our community. And something I think is so important is that, yes we can work to make that change, but I think it’s hard to make that change if we ourselves are not a tight-knit community … everyone who comes into that room … those people who have shared that experience, whoever you’re sitting next to, I think you’ll be that much closer to them. That you’ll be that much more comfortable with them to be able to tackle those larger issues.

The Daily: Do you hope it makes people question their ideas about gender norms?

Anselmo: One-hundred percent. I think that’s going to be a huge thing especially with having a female Arthur and a man in drag playing Lady of the Lake. I really hope people leave this production thinking about women in power (and) why it’s so uncommon to see women in power. That’s something that I’ve been really thinking about and something our rehearsal team has been talking a lot about and how to handle on stage, and I think we’re doing a really fantastic job of that.