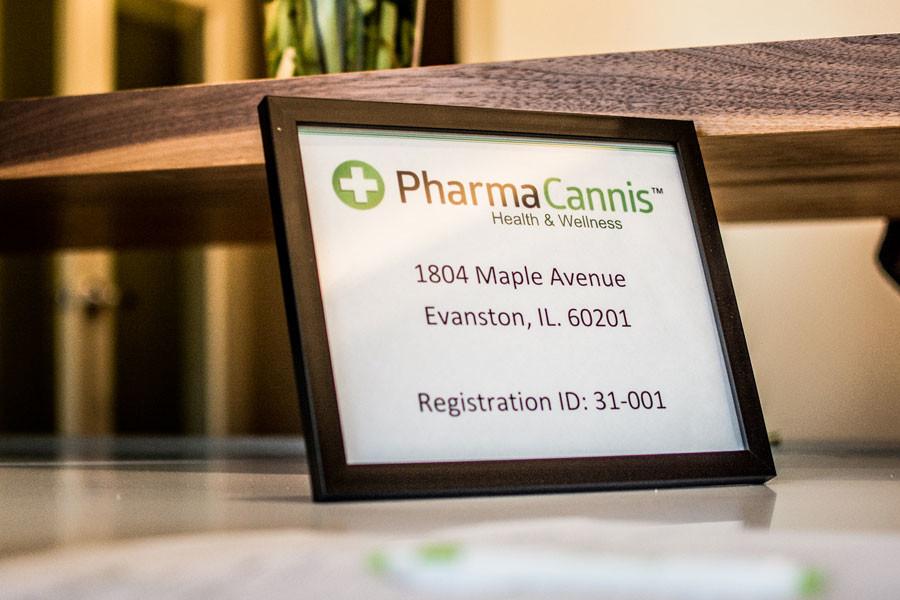 Medical marijuana provider Pharmacannis is preparing to open its Evanston dispensary over the next couple of weeks following an announcement by Illinois officials that state dispensaries were permitted to operate Monday.

Two Pharmacannis dispensaries in Ottawa and North Aurora will be operating Tuesday after initial shipments of their product arrived at the locations, company co-founder Norah Scott said Monday at an open house at the Evanston location, 1804 Maple Ave. Pharmacannis currently owns dispensaries at four different locations in Illinois.

Teddy Scott, co-CEO of Pharmacannis, said the open house at the Evanston location was the last opportunity for the public to see the Evanston dispensary before it became restricted to medical cardholders.

“(The Evanston location) had its final state inspection this morning,” said Teddy Scott. “We couldn’t even put in an order for product until that step was finished.”

Scott said there still has not been a specific date set for the location to open because of the necessity of these inspections, without which dispensaries are unable to even cue cultivators to stock their specific products.

Once open, the Evanston location has a maximum capacity of 10 patients allowed in the waiting room at any given time, general manager Tana Francellno said. She said patients will have to be verified as cardholders at the door and then go through a second verification process to ensure they are licensed at that specific dispensary before product consultation is given.

“We have security measures in place to ensure the legitimacy of our business and product,” Francellno said. “Product is prepackaged in child-resistant, opaque packaging at our cultivation facilities and then packaged once more in a lockable Pharmacannis bag that can be reused.”

Dispensaries are beginning to open nearly two years after the medical cannabis pilot program was passed in 2013 to run until December 2017. The law allows the use of cannabis as an alternate form of medical therapy for around 39 sanctioned illnesses, including cancer, glaucoma and multiple sclerosis. Dispensaries are only open to individuals holding medical marijuana cards with criteria including permanent residency in the state and a bonafide relationship with a doctor for more than a year. Patients are allowed up to 2.5 ounces of marijuana every 14 days.

However, Teddy Scott said Pharmacannis dispensaries will initially cap product allotments to patients due to the shortage of product available at the start of operation. He added that initial product will most likely only include smokable forms of cannabis as other forms involve longer processing times.

“The patient database is very small at the moment — we only have about 3,300 registered patients so far in the state,” he said. “Even with that number, our dispensaries don’t have enough product to give patients the maximum amount stated … but in a few weeks that won’t be the case.”

He said product pricing will also likely be variable because the company must strike a balance between keeping prices competitive above the black market and maintaining a feasible range for patients.

“I’m not sure how pricing will work just because 2.5 ounces of marijuana illegally would be around $600,” said Alan George, an Evanston resident with cerebral palsy who attended the open house.

George said he has been keeping up with the progress of medical marijuana in Evanston for weeks but has not been able to consider applying for a card due to cerebral palsy not being a sanctioned condition by the Illinois Department of Public Health. Recently, 11 recommended conditions including PTSD were presented by the medical cannabis advisory board to IDPH to be approved, but IDPH officials stated in early September that no additional conditions would be added at the time, Norah Scott said. The state of Illinois currently accepts petitions only twice annually.

“As of now I don’t see myself getting a card just because Gov. Rauner keeps rejecting petitions for conditions to be added,” George said.

This story was updated at 6:09 p.m. on Tuesday to reflect Daily style.