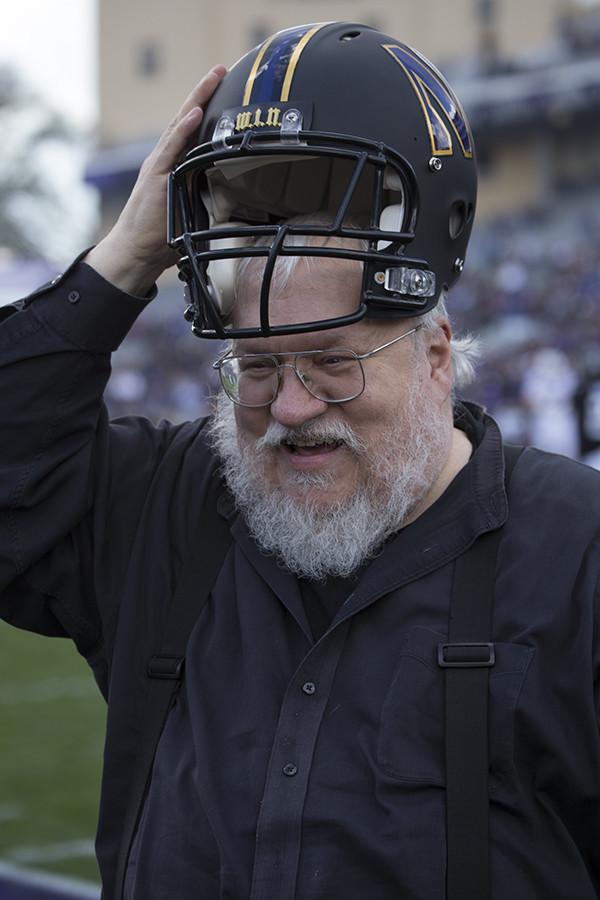 George R. R. Martin dons a football helmet during the second quarter of Northwestern's game against Penn State. The marching band honored the author with a Game of Thrones-themed halftime show.

Athletic director Jim Phillips greeted the author on the field and gave him a football helmet after clips from the “Game of Thrones” television series played on the jumbotron. Martin’s “A Song of Ice and Fire” fantasy book series inspired the Emmy Award-winning HBO show.

At the game, Northwestern gave out Game of Thrones-themed shirts to fans, and the marching band performed a tribute to the show during halftime, at one point marching in a dragon formation.

The athletic department orchestrated a Facebook promotion in the week before the game encouraging fans to add a “House Wildcat” banner to their profile pictures to reference both the Wildcats and the popular book and television series.

The Medill School of Journalism, Media, Integrated Marketing Communications honored Martin this week with a Hall of Achievement award.