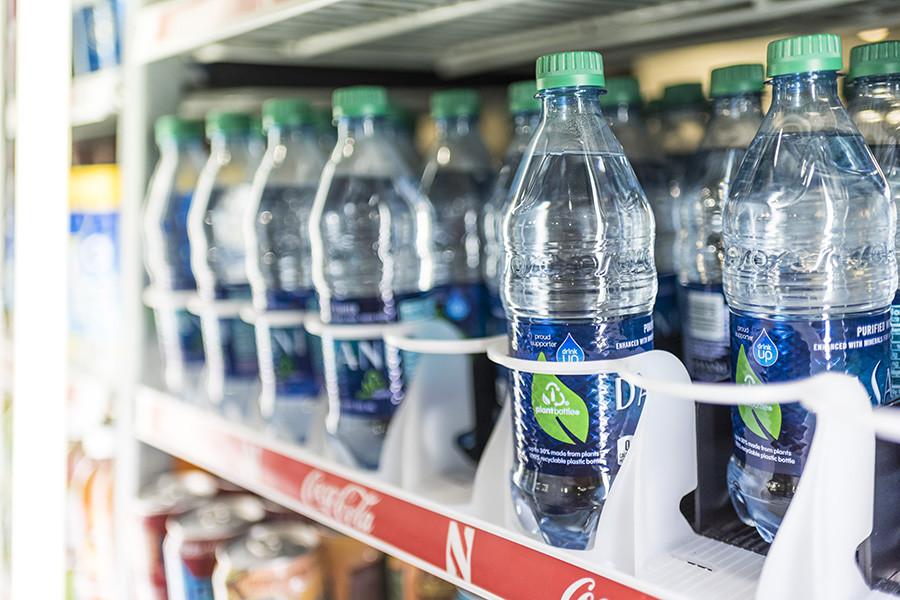 By the end of the year, Northwestern aims to eliminate bottled water from three campus C-stores. Pura Playa, a group dedicated to the reduction of plastic waste, has worked with the University to phase out bottled water on campus, and eventually from vending machines and athletic events.

Northwestern is aiming to phase out bottled water from three campus C-stores by the end of the academic year.

The University has already reduced bottled water products in the Norris University Center C-store by 50 percent, Julie Payne-Kirchmeier, associate vice president for student affairs, told The Daily in an email.

She said the University aims to phase out an additional 25 percent of the products in Norris in the winter and then the final 25 percent in the spring. Once the system is tested in Norris, Student Affairs will move toward reducing bottled water in the C-stores in Foster-Walker Complex and 1835 Hinman, which the department also controls.

Pura Playa, a project of Engineers for a Sustainable World, was created around three and half years ago to eliminate plastic waste. To address this problem locally, the group decided to focus on trying to eliminate bottled water. Since then, both Associated Student Government and Faculty Senate passed resolutions in support of the group’s mission.

The reduction plan, however, was not set until last fall, said Rob Whittier, director of the Office of Sustainability. Over the past year, Whittier said his office has been working with Pura Playa, Division of Student Affairs and Northwestern Dining on implementing the plan.

One of the main concerns in reducing bottled water has been ensuring there were enough feasible alternatives, Whittier said. The next phases of the plan include working toward removing bottled water from vending machines and then from athletic events.

“The reason that we did the phase approach is because we need to make sure we offer an alternative,” he said. “We don’t want to take away bottled water at athletic events until there is an alternate. The worst case is then they turn to a sugar beverage.”

McCormick senior Megan Renner, one of the co-project managers of Pura Playa, said the group’s mission is driven by the environmental and ethical concerns about bottled water. She also highlighted the cleanliness of Evanston’s tap water as a reason why bottled water is not necessary.

“Plastic bottles are just a huge waste, and when people recycle them, it takes so much energy to break them down and reuse the plastic where in the first place tap water is free,” she said. “All of the pollution is just building up in our world and adding to landfills and sucking up energy.”

Renner said the group is also working on developing a map of all the bottle refilling stations on campus. The map will not only help students locate these stations, but she said, it will also help the group identify areas of campus that lack stations.