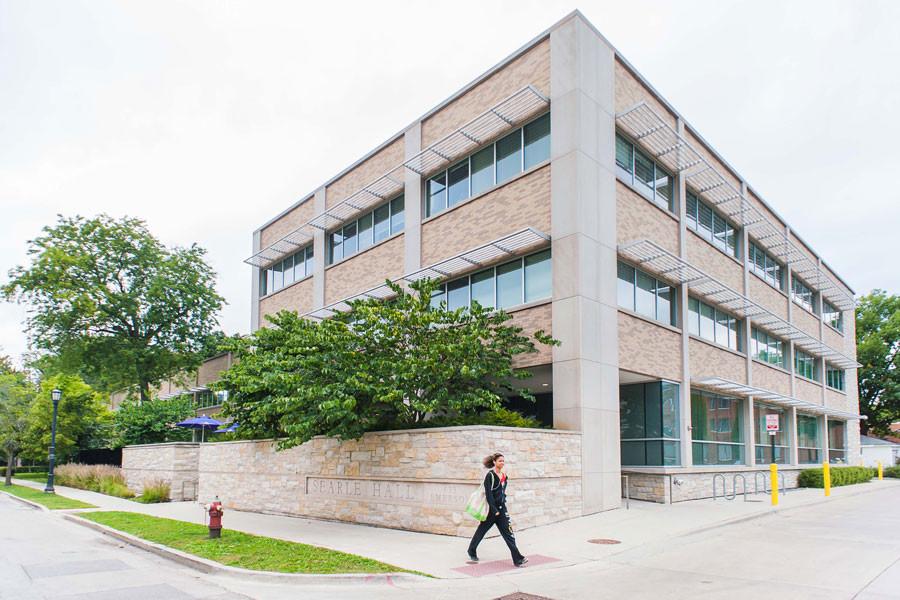 The Center for Awareness, Response and Education and Campus Inclusion and Community are sponsoring Step Up workshops, which will begin again this Winter Quarter. The bystander intervention trainings were first implemented at NU in 2012.

After being on hold last academic year, Northwestern’s bystander intervention program, Step Up, now has the staff and resources to ramp up its training workshops for students and faculty starting Winter Quarter.

The program was originally started at the University of Arizona before it was offered to other campuses. It uses 90-minute training sessions to educate students, faculty and staff on how to help someone who is being harassed and how to decide the best course of action in various situations, said Paul Ang, the coordinator of Men’s Engagement at the Center for Awareness, Response and Education.

Last year, two new positions were created with a focus on Step Up in their jurisdictions: Ang’s position and assistant director of social justice education, which is currently held by Noor Ali.

Ali said she and Ang will contact those who asked for workshops last year but did not have their requests fulfilled due to a lack of resources and staff.

Both Ali and Ang will head the program with the help of the Step Up Oversight Committee, which comprises many different campus partners including the Women’s Center, the Office of Fraternity and Sorority Life, Norris University Center, Residential Life and Student Affairs Assessment, Ali said.

“We want to make sure that students are really walking away with the different pieces and learning outcomes that we’re hoping to provide them with the program,” Ang said, “so assessment is going to be a big part of what we do this year.”

On Oct. 14, members held their first committee meeting in which they began brainstorming how to market the trainings and how to bring Step Up to their respective organizations in the winter and spring, Ali said.

Justin Clarke, the operations coordinators at Norris, said he is on the Oversight Committee this year and will serve as one of the trained facilitators.

“The University of Arizona is a much larger institution than Northwestern as far as the number of students, and even the student demographics and the campus climate is different as well,” Clarke said. “We’re trying to bring a narrower focus to the program and address things that might actually happen at Northwestern, like practicing bystander intervention on Dillo Day, at a concert or at a football game.”

Step Up was brought to NU in 2012 by Lesley-Ann Brown-Henderson, executive director of Campus Inclusion and Community. Brown-Henderson said that in the 2013-14 academic year, more than 1,200 students, faculty and staff received training and Step Up was also introduced in Wildcat Welcome.

Last year, however, Brown-Henderson’s job expanded and her partner from CARE left the University so she did not have the capacity to be able to focus on Step Up, she said.

McCormick senior Joonyong Rhee had never heard of Step Up before he had to go through the program for his resident assistant training. Rhee said he was glad he was introduced to Step Up because it taught him valuable skills that he may need as an RA.

“I feel like it’s something that everyone should learn because it’s one of those things where if you see something happen and you ignore it, you’re obviously in the wrong,” Rhee said. “People should always do something to try to help the victim out.”

The trainings will now incorporate presentations, role-play and even videos to effectively teach groups about bystander intervention, Ali said.

Ang said the trainings will focus on instilling the five core steps of bystander intervention: notice the event, interpret it as a problem, assume personal responsibility, know how to help and step up.

Ang said the trainings will further delve into the “know how to help” step, teaching groups when to choose one of the four Ds: direct, which means putting oneself into the situation; distract, which is alleviating the situation by distracting people involved; delegate, which indicates calling an authority figure; and delayed, which is helping individuals after a situation already occurs.

In addition to the group training sessions, Ali would like to hold two campuswide workshops that people could sign up for individually.