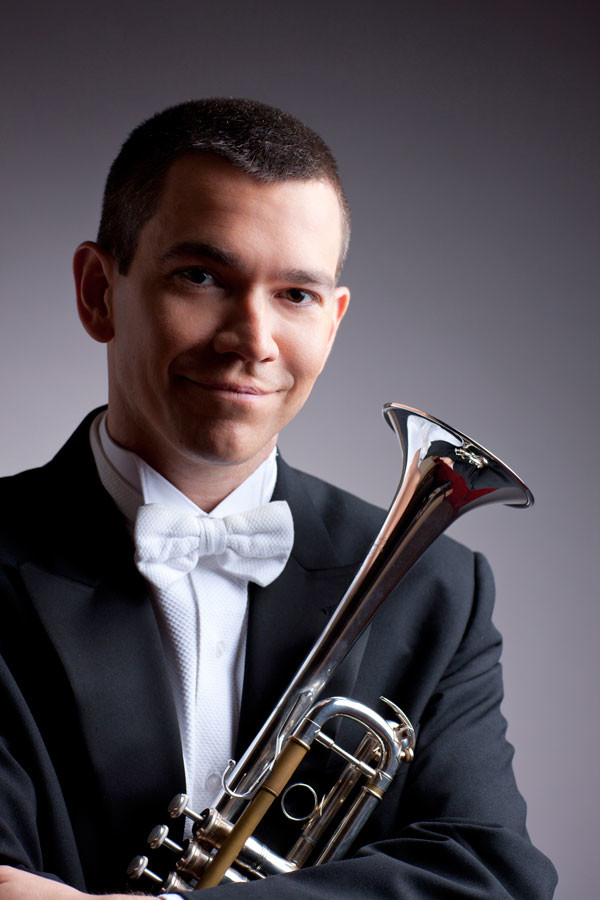 Northshore Concert Band is kicking off its 60th anniversary season with a concert on Nov. 1 that includes both a world premiere of a piece and a “sibling rivalry” between two professional trumpet players.

The concert will begin with the world premiere of “Zero to Sixty!”, a piece written by Michael Martin (Bienen ‘07,’08). Martin currently plays trumpet in the Boston Symphony Orchestra and was commissioned by Mallory Thompson, NCB artistic director and Bienen professor,
to write a piece for the 60th anniversary season.

Martin said he has been close with Thompson for many years and was flattered when she commissioned him to write a piece for NCB.

“The NCB is made up of extremely good players and great musicians, and with Thompson at the helm, it was an easy piece to write,” Martin said. “Hopefully it’s very objectively exciting, a bit of a crowd pleaser and a good concert opener.”

Martin will be present Sunday to talk to the audience about his piece, Thompson said. Martin will be joined by his brother, Chris Martin, principal trumpet of the Chicago Symphony Orchestra.

As part of the concert, the brothers will be featured trumpet soloists in “Carmen Fantasia for Two Solo Trumpets and Wind Ensemble.”

This piece was originally written for Charles Geyer and Barbara Butler, both previous trumpet professors at Northwestern. Chris and Michael Martin both studied with Geyer and Butler.

NCB board chair and Scott Golinkin (Bienen ‘74, ‘75) said the piece is like a competitive duet between the two trumpet players.

“This is a group that is dedicated to wanting to perform at the highest possible level,” Thompson said. “That’s maybe the thing I appreciate most about them. These are very busy adults who still have music as a major priority as demonstrated by their willingness to sacrifice other things because it’s so important to them.”

Thompson said an extra pleasure for her is that about a dozen of them are former members of the Northwestern University Symphonic Wind Ensemble, which she conducts.

“It’s especially nice when former students become a part of the group, and I get to continue to interact with them and make music with them,” Thompson said.

Golinkin said under Thompson’s leadership, the group is able put together a challenging concert and perform at a very high level.

“During the course of our rehearsals, we not only learn to play the piece better, but we learn the music so well because she is so good at teaching us the music,” Golinkin said. “I always walk away at the end of a concert cycle feeling enriched by how much I’ve learned about the music.”

The concert will be at 3 p.m. on Nov. 1 at Pick-Staiger Concert Hall.

“This is just a real celebration for me because I’m doing all this music I love,” Thompson said. “We’re celebrating the band’s 60th anniversary, Mike and Chris are going to be here, we’re doing this world premiere by Mike, I mean for heaven’s sake … what could be better?”