Jerry the Bear, a medical toy made by NU alumni, now on pre-order 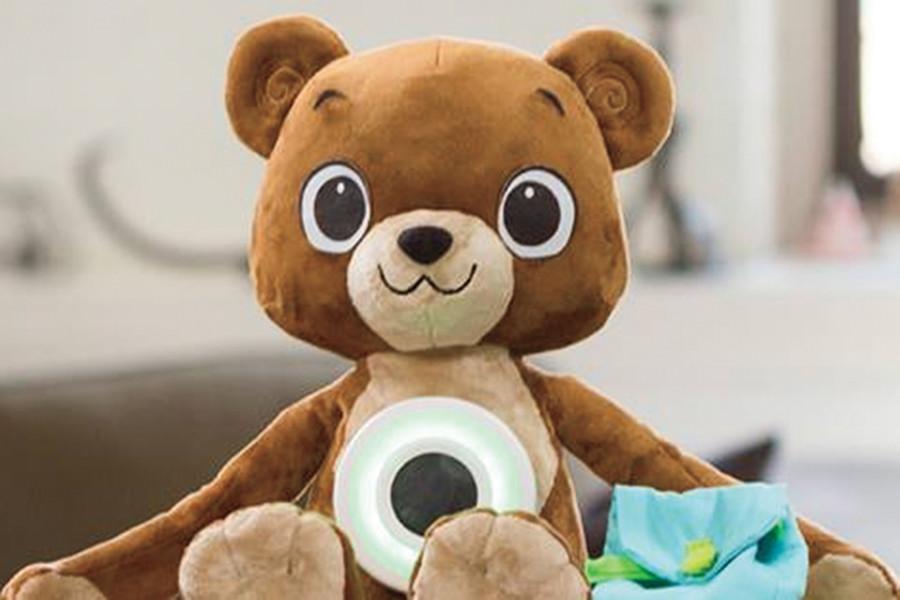 The second version of Jerry the Bear ramps up interactive components, including a new module on food allergies. The improved toy can now be pre-ordered for next summer.

A new version of Jerry the Bear, a stuffed animal originally created at Northwestern for children with Type 1 Diabetes, is now available online to pre-order for next summer.

Children will interact with Jerry the Bear in several ways, including squeezing its hands to listen to different responses, injecting it with insulin and checking its blood sugar levels. The new bear will include two more modules so children aged four to nine can learn about health and wellness as well as food allergies.

“We’re still figuring out how to best tap into broader markets,” said Aaron Horowitz (McCormick ’12), co-creator of Jerry the Bear and CEO of Sproutel, the company behind the toy.

Hannah Chung (McCormick ’12), Sproutel chief creative officer and another one of the toy’s creators, said the new bear is more interactive than the original. Although the previous version featured an integrated touchscreen, the removable components of the new bear makes it washable, which appeals to parents more, she said.

Chung said the price dropped from $300 to $149 for a bear with the Type 1 Diabetes module or food allergy module, due to a decrease in production cost. Another version with the health and wellness module costs $99. She also said though the team is taking pre-orders now, shipping will not start until next summer.

“A four-year-old kid went to her parents to ask if there’s (carbohydrates) in her food after she played with Jerry,” Chung said.

Chung and Horowitz first conceived of the idea of a teddy bear to help diabetic children in 2009 with Northwestern Design for America.

Chung said that since then the team modified the fur, shape and electronic interface many times while also asking professional pediatricians and parents for advice on story scripts and guidance about what and how children learn. She also said the team has interviewed and tested the new version of Jerry with 350 children.

“I love testing with kids,” she said. “Their stories and reactions to our products encouraged me to continue doing more. Seeing the impact the products have on the family means all the world and is worth of all hard work and difficulties we have gone through.”

Horowitz said they had created 29 prototypes for Jerry before they got the first version of the commercial product.

After they graduated from Northwestern in 2012, Chung and Horowitz started Sproutel to bring Jerry the Bear to life.

Jenny Wang, a McCormick junior, had a chance to interact with the bear one-and-a-half years ago.

“It’s pretty solid in terms of both design and technology perspectives,” she said. “It benefits society.”

In the next year, Horowitz is planning to do further work on hardware, software, manufacturing and shipping.

“I hope we can be the Disney in health care and Jerry will be our Mickey Mouse one day,” he said.

Correction: A previous version of this article misstated the original price of Jerry the Bear and the time period that 500 Jerry the Bear products were sold. The Daily regrets these errors.