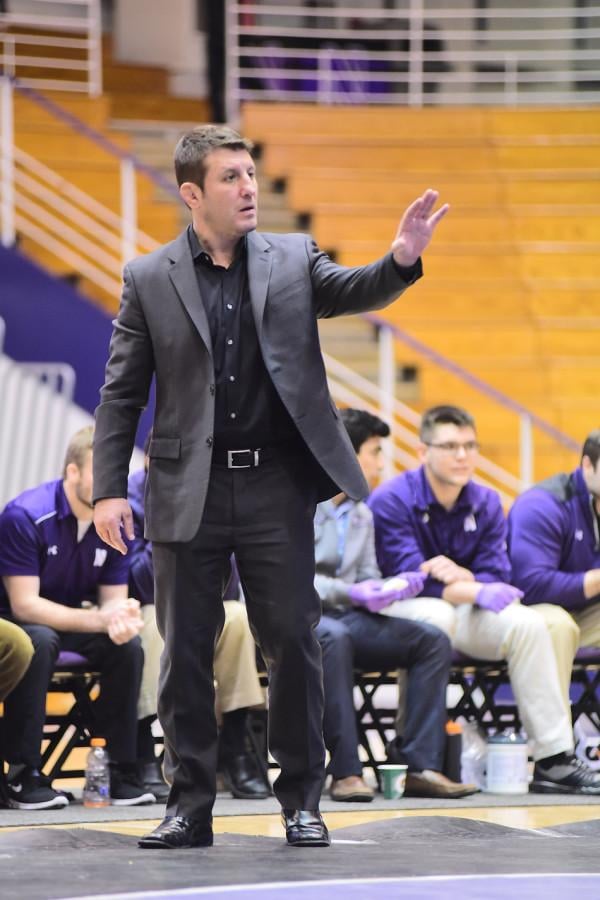 Drew Pariano gestures during a wrestling match. Northwestern announced Monday night that Pariano will no longer coach the team.

The athletic department declined to say why Pariano is no longer at NU.

He will be replaced by assistant coach Matt Storniolo, who will serve as interim coach.

Pariano has been on the Cats’ coaching staff for the past 10 seasons and has been head coach for the last five. During his tenure in Evanston, NU produced 24 All-Americans, including two of the three Cats who garnered All-American status for all four years of their career, Mike McMullan and Jake Herbert.

Pariano, who graduated from the School of Education and Social Policy in 2000, wrestled for NU all four years and was a three-time NCAA qualifier. He was also named an academic All-American.

Pariano said on Twitter he had nothing but great things to say about the University and was honored to have been the head coach.

“I am looking forward to beginning the next chapter of my coaching/administrative career,” Pariano tweeted.

Storniolo will take over as interim coach for the Wildcats. He has been an assistant coach for NU for six years and during his time in college was named an All-American for his performance on the mat at the University of Oklahoma.

Pariano is the fourth coach to leave NU in the past year.

This article was updated at 8:19 p.m. to include the athletic department’s response.