Bannister: The US must accept more Syrian refugees 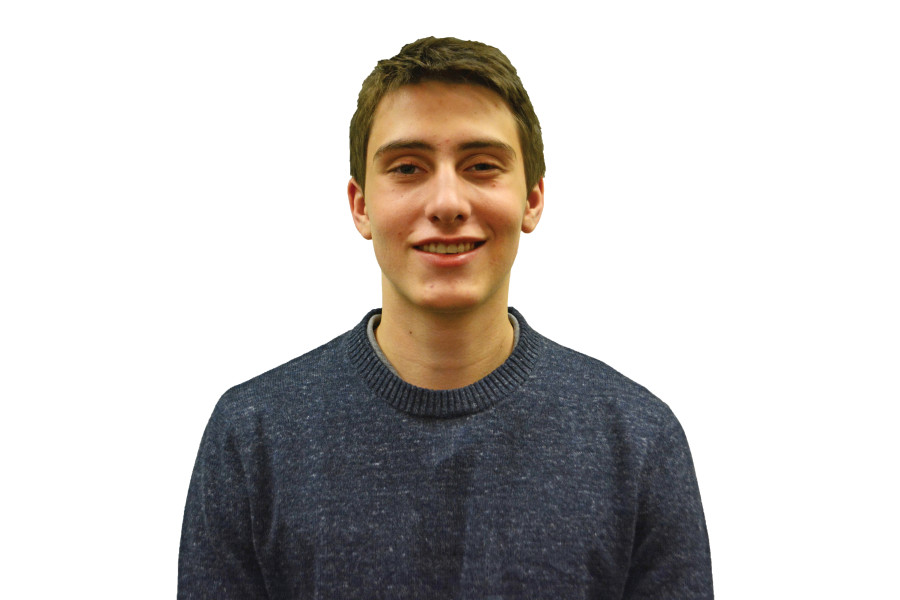 In the spring of 1939, the ocean liner St. Louis set sail from the port of Hamburg in Northern Germany. On it were more than 900 Jewish passengers, fleeing persecution and imminent war in their home country. The captain of the ship, Gustav Schroeder, crossed the Atlantic in the hopes of gaining asylum for the Jewish refugees in Cuba or the United States. In each country, including the U.S., the passengers on what would later be known as the “voyage of the damned” were rebuffed on the grounds that they lacked proper documentation. The St. Louis was forced back to Europe where it disembarked a majority of its refugees in the Netherlands, Belgium and France. Of the about 600 refugees that disembarked in Europe, only about half survived the Holocaust.

As I write this piece, the European continent is facing the greatest humanitarian crisis since the end of World War II. By 2016, more than 1 million refugees from the Middle East and Africa will have entered Europe, risking drowning or death at the hands of smugglers to find a better life. The overwhelming majority of these men, women and children are fleeing the fallout of the Syrian Civil War, a conflict that has thus far taken the lives of about 250,000 people and displaced 12 million from their homes. Germany and its chancellor, Angela Merkel, have taken a courageous stand by refusing to allow refugees to languish in agony at the borders and by relieving the burden of migrants on countries like Turkey, Greece and Italy. Indeed, all of Europe, willingly or unwillingly, is being forced to recognize that the only practical solution to the migrant crisis is the settlement and social integration of these victims of conflict.

In sharp contrast to our European allies, the U.S. response to the Syrian refugee crisis is shamefully weak and reflects a disturbing degree of political cowardice on the part of our political leaders. In 2014, the richest, most powerful and third most populous nation on earth, accepted a mere 1,500 Syrian refugees. Next year, the number from Syria will be raised to 10,000. This is a pathetic response when one considers that Germany, a country with one-fourth of America’s population, is expected to take in more than 800,000 refugees this year alone. For Americans, integrating refugees isn’t just a charitable gift to the migrants and our European allies, but a moral obligation that has deep roots in the history and values of our country. Although our government’s conduct toward the passengers of the St. Louis was disgraceful, after World War II, the U.S. accepted more than 650,000 migrants fleeing violence in a war-ravaged Europe.

In the aftermath of World War II, leaders like Franklin Delano Roosevelt, Harry Truman and George Marshall recognized they had a responsibility not only to defeat the Nazis, but to shelter their victims as well. In the present day, the U.S. is attempting, albeit somewhat ineffectively, to bring the Syrian Civil War to an end. However, there are no signs that either Bashar al-Assad’s regime or the Islamic State group will disappear anytime soon. Even if the war ended tomorrow, it would take many years to rebuild the shattered ruins of most Syrian cities and return to normal life. In recognition of this fact, we must complement the billions of dollars the Air Force spends on air strikes, with a commitment to humanitarian assistance for the countless Syrians who have lost their homes and families to organizations like the Islamic State group.

Many Republicans, including presidential candidates Donald Trump, Bobby Jindal and Ted Cruz have opposed the idea of accepting refugees, due to fear of terrorism. Sen. Cruz has dismissed the idea of accepting even 10,000 refugees as “nothing short of crazy.” Unfortunately, for the Senator, his claims are baseless appeals to public hysteria rather than serious policy positions. Since 9/11, the United States has accepted hundreds of thousands of immigrants from the Middle East. Only two of these immigrants, both from Iraq, have ever been indicted on charges of terrorism. Candidates like Mr. Cruz base their statements off paranoia and attempt to exploit fear and xenophobia as tools for political advancement. Refugees, like any immigrants, are screened and processed before entering the country. If they are dangerous or have connections to terrorist organizations they are detained, arrested and/or deported. But rejecting migrants on the grounds that they come from a dangerous region of the world or because they are Muslim, defies all statistical and moral logic.

The United States is largely defined by its historical commitment to safeguarding human rights and welcoming persecuted people with open arms. We have shown in the past that we have, as a nation, the will to fight for justice. Our leaders must be forced to recognize that it is not enough to hide behind our oceans while millions suffer or to pass moral responsibility onto the Europeans. Instead, America should use its tremendous resources to alleviate the pain of the Syrians and assist overburdened European and Middle Eastern states. We must finally display a level of moral courage that fits our proud traditions, in the hopes that people like the passengers of the MS St. Louis, are never turned away again.