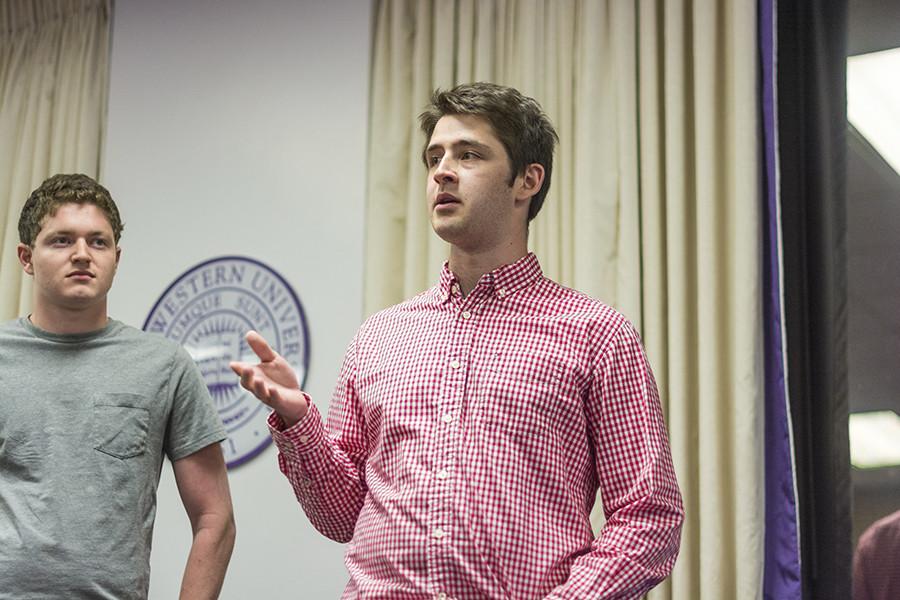 Weinberg senior Matt Clarkston will be Associated Student Government’s next speaker of the Senate.

Clarkston said he hopes to lead the body in an understated way, concentrating on running meetings smoothly.

“I don’t want to be the focus,” he said. “I want the focus to be on you guys and the ideas we’re discussing here in Senate.”

The race came after Whinston, who would have been a Weinberg senior, dropped out of NU to take a job in Los Angeles as the CEO of a professional gaming franchise.

Clarkston joined ASG his sophomore year, when he was appointed as an off-campus senator. He eventually became whip for the off-campus caucus. Last March, he was elected parliamentarian, No. 2 in the Senate, when Whinston was elected speaker.

Clarkston is also a member of Delta Tau Delta fraternity and served on the organization’s executive board at the same time as ASG President Noah Star.

“I’m excited to see what he does,” the Weinberg senior told The Daily.

Both Pritzker and Mulukutla pointed to their experience in student government when running for the position.

“It was very competitive,” he said, “But it was assumed that (Clarkston) would win.”

Later in the meeting, Weinberg seniors Jonathan Kamel and Caroline Naughton introduced a resolution that asks the University to allow students living on campus to consume non-smokable forms of medical marijuana.

Naughton, Students for Sensible Drug Policy co-president, said she knows students who have applied for cards in Illinois.

“There are a lot of other medications that are allowed on campus, like Adderall and Xanax,” she said, “and a lot of other prescription drugs that are legal federally and that we can use in our dorms.”

But no other school has made such a change, Naughton said, mostly due to a federal law that ties universities’ federal funding to their ability to keep campus “drug-free.”

A dispensary is scheduled to open in Evanston in November.

“We’re just trying to advance a policy that both the University can get behind and a majority of students can get behind,” said Kamel, an Interfraternity Council senator.

Senate will debate and vote on the resolution at its meeting Oct. 28.