Flux Dance Project holds weekly classes where anyone can dance 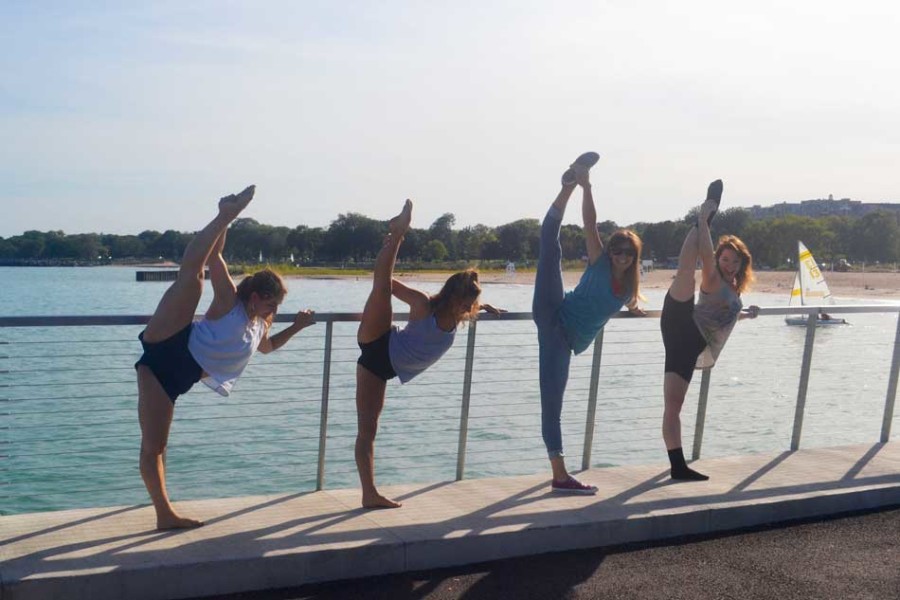 Six Northwestern dance majors have created a dance group open to all students, regardless of major or dance experience, who want to explore contemporary, jazz and improv styles.

Flux Dance Project was approved as a student group by the Center for Student Involvement during Spring Quarter, after six freshman Communication students decided to provide an opportunity for more people to get together without the commitment a club demands. They now hold weekly open classes at Henry Crown Sports Pavilion.

Before starting the group, the students held frequent “dance parties” to teach each other dance combinations. They later decided to make the parties official by creating Flux.

“We thought it would be fun if we made it more of an organized thing and get more people to join us,” said Communication sophomore Lauryn Schmelzer, one of the group’s founding members. “A huge part of why we started the group is so it could be what we wanted it to be — and what we wanted was to have an open space to dance.”

Classes last an hour and are offered on Thursdays from 7 to 8 p.m. Each class is divided into three sections: warm-ups and conditioning, improvisation and cool-down and yoga.

Students who attend classes regularly can teach as well, an interactive component Flux encourages. Schmelzer said the wide range of styles they cover, including improvisation and choreography, will attract more students.

“During our first class this year, we had a lot of people show up,” Schmelzer said. “It was really great to go from just a couple of friends in the studio together [to extending the opportunity] to so many people.”

Communication sophomore Alana Rosenbloom, a founding member of the group, said Flux hopes to draw students interested in dancing who don’t want to commit as much time as they would with more established dance groups. She also wants to draw students who need a place to relieve stress, adding that NU students may often be overwhelmed with academics, clubs and internships.

Medill freshman Kaitlyn Budrow is a student with a background in dance who is interested in attending the Flux classes. She said she likes the idea that little commitment is necessary since she does not plan on pursuing dance professionally.

Anyone is welcome to participate in the classes, as the organizers said they want them to be as inclusive as possible.

“We have a lot of people who have literally never danced at all in their whole lives and randomly show up,” said Communication sophomore Caroline Spikner, another founding member. “This is, in my opinion, the easiest way to learn to dance without committing to anything on campus.”

Flux members also volunteered at the McGaw YMCA in Evanston, helping out with hour-long afterschool programs twice a week. These were aimed toward teaching young girls basic choreography and improvisation.

“It’s definitely something that is continuing,” Spikner said. “We did it last Spring Quarter and I think we’re probably going to do it this spring as well.”

Although Flux mainly focuses on open classes, future plans include a wider range of dance styles and possible collaboration with students from the Department of Radio, Television and Film who are interested in filming dance routines and combinations.

“We really want to get more people involved and more people teaching us,” Rosenbloom said.