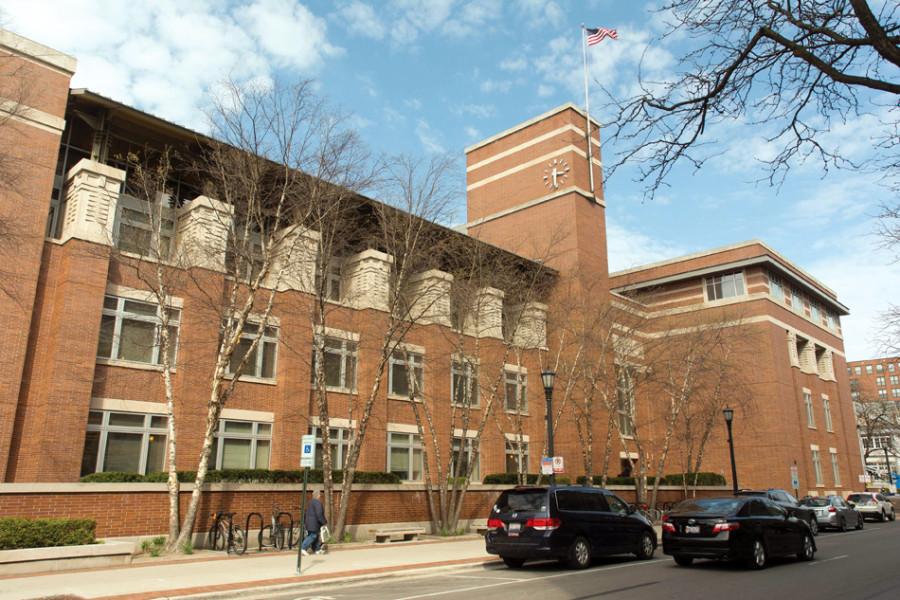 Northwestern professors Eula Biss and Laurie Zoloth spoke at the Evanston Public Library, 1703 Orrington Ave., about their research into vaccinations Tuesday. Both professors rebuked claims that vaccines cause more harm than help.

English Prof. Eula Biss and Feinberg School of Medicine Prof. Laurie Zoloth spoke to more than 35 people at EPL, drawing on their research and facilitating a discussion.

Biss examined the subject in her new book, “On Immunity: An Inoculation.” She led a discussion comparing human communities to a hive and said that vaccinations are the way we protect the collective hive from fatal epidemics. She said when one bee falls, the entire hive is endangered, an effect that is mimicked in human communities.

“The hive needs close to every bee to be OK, or else the entire hive collapses,” Biss said. “We do need to be attentive to the health of individuals, because the health of our ‘hive’ depends on it.”

She said that due to this hive effect, vaccines have worked extremely well at wiping out crippling epidemics so far. Biss cited pertussis, rubella and polio as some of the diseases that, in the past, have killed helpless infants and adults. These conditions are now very rare thanks to vaccines and the responsibility of the community “hive” for receiving these vaccines.

Biss and Zoloth discussed whether the public can trust doctors and vaccine producers who say that vaccines don’t cause side effects such as autism, nerve damage and mitochondrial diseases. It is this trust, or lack thereof, Zoloth said, that is the root of the ever-popular debates about vaccines within the American public.

“Is there any other issue in American public life that is both a darling of the right (wing) and a darling of the left (wing)?” Zoloth said. “The issue of the retreat from the public sphere because you don’t trust the government is the thread that holds the left wing and the right wing in protest about vaccination together.”

One man in the audience interjected to tell how a vaccine he received led to arthritis and nerve damage in his left arm, leading Zoloth to explain that it is up to the American public to decide whether they trust the government and their healthcare providers. She said that, thanks to the influenza vaccine, a disease as rapidly mutating and prevalent as the flu is not nearly as perilous as it once was.

“Do you know how many Americans died of the flu in 1918? Half a million, in less than a year,” Zoloth said. “Now will there be injuries if every American gets a flu vaccine? Yes, of course … Is it worth it? You have to make that decision.”

Zoloth and Biss concluded the conversation by stressing that the medical and scientific community hold that vaccines save lives. Zoloth said some great advancements in history have been vaccines, and although there are rare examples of crippling injury caused by vaccinations, many more lives are saved.

Zoloth said we must trust those in our communities to get vaccines and protect our respective hives from easily avoided diseases.

One attendee of the event, Jan Molinaro (SESP ’77) agreed, explaining how her job as a middle school teacher made her a proud supporter of vaccines.

“I believe in the herd,” Molinaro said. “I was a public school teacher in Evanston for 20 years, I got my flu shot every year, because I was going to be impacting the 600 middle school students every day when I walked into the classroom.”

Molinaro added that although those injured by vaccinations deserve representation, the number of lives saved cannot be ignored.

“There are cases where individuals were directly affected (by vaccinations),” Molinaro said, “On the other hand, it’s my responsibility (to be vaccinated).”