Student drops out to become CEO of e-sports franchise 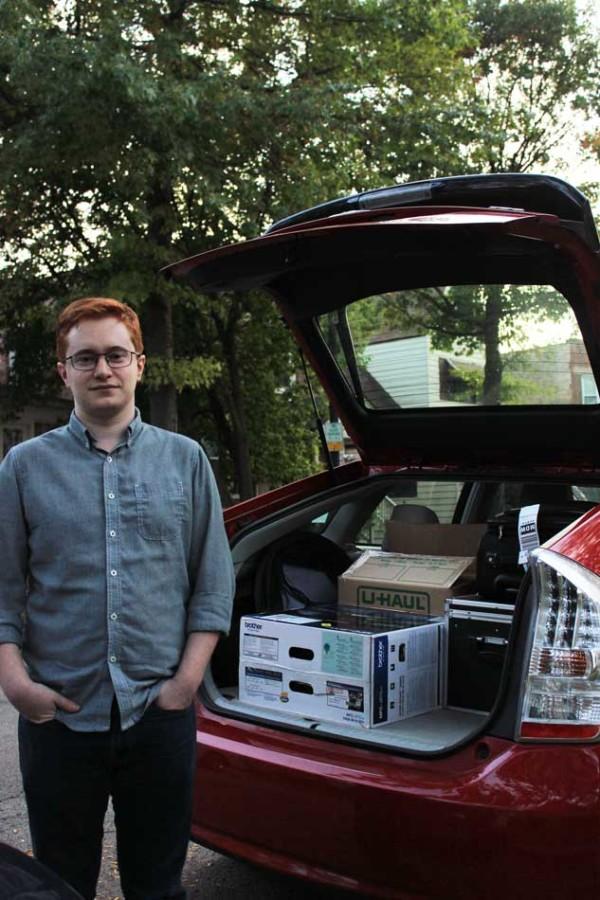 Noah Whinston packs up to move to Los Angeles. He dropped out of Northwestern to become the CEO of a professional gaming franchise.

But he said “The College Dropout” was on the queue for his 30-hour drive from Evanston to Los Angeles on Monday.

The choice seems appropriate, given the would-be Weinberg senior’s decision to withdraw from Northwestern to take a job on the West Coast, where he’ll work as founding CEO of a new professional gaming franchise.

Whinston, who served as speaker of Associated Student Government Senate until he dropped out, now heads up Immortals, LLC, the first e-sports franchise funded by venture capital and angel investment. Investors include Steve Kaplan — a co-owner of the Memphis Grizzlies — and alternative-rock band Linkin Park.

He will oversee Immortals’ day-to-day operations, responsible for both working with the team’s coaching staff and satisfying its investors.

The team will focus first on “League of Legends,” an online multiplayer battle game, before expanding to other platforms.

His move comes as e-sports matures from a small niche market into a multi-million-dollar industry, with more and more mainstream investors looking to get in.

With the industry at a crossroads, Whinston said he wants Immortals to set the standard for other well-funded franchises, managing it like a professional sports team: Even if a top player leaves, the franchise lives on — just like its name implies.

The comparison isn’t so off-base: Professional sports and e-sports are growing increasingly similar as the latter’s fan base expands.

Sam Lingle, who has been writing about e-sports for more than a decade, covers it for the Daily Dot, an online news site that has been called the “hometown newspaper” of the Internet.

In the last 10 years, Lingle said, live e-sports events have gone from hotel ballrooms to massive stadiums — and selling them out. In 2013, League of Legends fans filled the 18,000-seat Staples Center in Los Angeles, with tickets selling out in an hour.

“Some spectators wear uniforms for their favorite players, holding up signs just like any other sporting event,” he said.

That interest has drawn backers like Mark Cuban to professional gaming: In June, the Dallas Mavericks owner announced a $7 million investment in an e-sports betting website.

And with how much work e-sport players put into games like “League of Legends,” Lingle said it’s “like a professional sport.”

“You could ask what differentiates Major League Baseball from some kids going outside and playing catch,” he said. “The difference is really that big. Not everyone can pick up a controller or a mouse and keyboard and compete at this level. It takes a lot of skill, hard work, dedication and practice to do this.”

In July, Whinston linked up with Clinton Foy, a venture capitalist based in LA, to line up Immortals’ eventual investors. Foy serves as the team’s chairman.

He said this investment is about more than just a return.

“This is a passion project and the chance to help build something great,” Foy told the Daily Dot. “I’m investing alongside some other passionate fans who want to create not just a strong team but help e-Sports realize its potential as a true international sport.”

Whinston, who helped convince the team’s backers to invest, has long had a gift for rhetoric and persuading his peers. As a senior at Evanston Township High School, he led his speech and debate team to a national championship.

And as a junior at NU, Whinston became an unofficial spokesman for Northwestern Divest, a collection of students who want the University to divest from six corporations the students say violate Palestinian human rights. Whinston helped introduce and promote the resolution that would eventually pass ASG Senate.

“At the end of the day, people are going to listen to arguments that are presented in a good way,” he said. “You can be 100 percent right, but if you aren’t saying it right, it won’t matter.”

He might have a couple more people to convince yet: Whinston said his parents, both college professors, were not completely sold on the move at first.

“But they know that learning for the sake of learning has never been my thing,” he said. “College has been a great experience for me, but those great experiences were all things that happened outside the classroom.”

Baker said that although he doesn’t fully understand the industry his friend is entering, he knows Whinston as someone who wants to improve the places he loves.

“This is a world he cares a lot about and he thinks that bringing in this higher level of investment and professional structure can help to ensure everyone is getting their due in the wide world of e-Sports,” Baker said. “He feels like he can really do something to make this industry a better place for everyone involved.”

Whinston, who left for the West Coast on Monday, has lived in Evanston most of his life.

That can make dropping everything and moving to L.A. a little jarring.

“It’s 100 degrees there right now, and I don’t have any shorts,” he said. “But for me, what I’m doing is more important than where I’m doing it.”