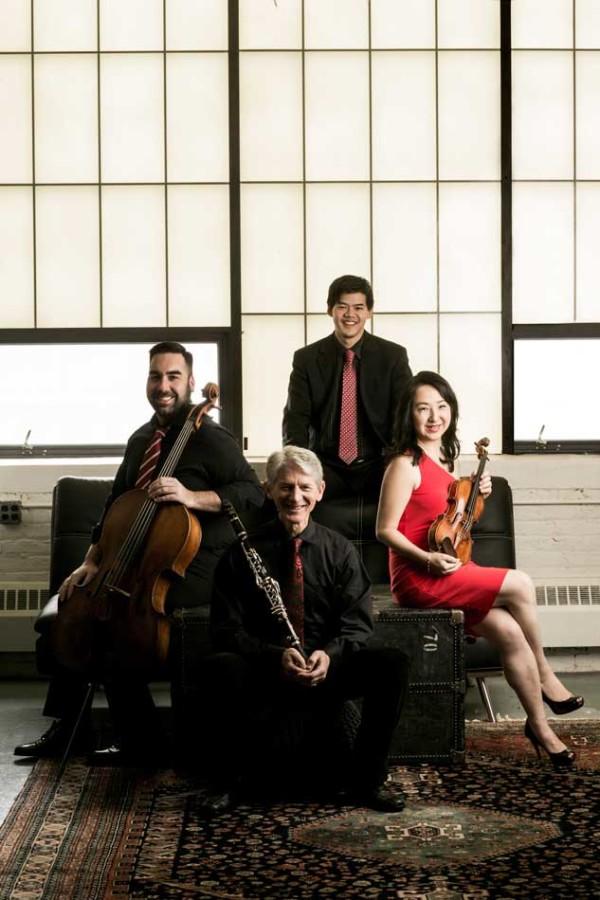 Civitas Ensemble will launch its fifth concert season Friday at the Merit School of Music in downtown Chicago and will feature music by three living composers, including 30-year-old Evanston resident Roger Zare.

The Chicago-based chamber ensemble comprises four members, three of whom currently play in the Chicago Symphony Orchestra. The other is a professor at Roosevelt University. The ensemble was formed in 2011 by CSO violinist Yuan-Qing Yu, CSO clarinetist Lawrie Bloom, CSO cellist Kenneth Olsen and pianist Winston Choi. The group performs an average of 12 to 15 times a year.

“We love working with each other, and starting a group allowed us to work closely together and decide what we want to play,” Yu said. “It’s been absolute fun.”

Featured composer Zare works during the day as a substitute teacher at Evanston Township High School. He also runs his own music publishing company.

Zare’s wife is currently pursuing her doctorate in orchestral conducting at Northwestern under Bienen School of Music Professor Victor Yampolsky.

“We’re a musical family,” Zare said. “It’s a lot of fun being able to discuss anything musical and knowing that she’ll be able to engage as equally on the topic as I can.”

While running a chamber music festival last summer, Bloom met Zare and commissioned him to write a piece for the 30th anniversary of that festival.

Zare said he composed his first piece, a 10 minute orchestral work, when he was just 14 years old. Since then, he has written more than 60 compositions. The Sarasota, Florida, native said listening to his first composition being performed by his high school orchestra was an amazing experience.

“I just remember sitting there, feeling the music that I composed, and that’s when I knew I wanted to keep on doing that forever,” Zare said. “I felt like through music, I could communicate anything I wanted and I had the audience’s attention.”

On Friday, Civitas will perform “Geometries,” Zare’s two-movement piece. When composing this work, Zare said he wanted to take simple geometric shapes and translate them into music.

“I wanted to pick one idea and kind of spin it out among all four instruments of the ensemble,” he said.

Pianist Winston Choi said the piece fits together like clockwork.

“The end result is a really engaging, pleasing, almost hypnotic sound,” Choi said. “We’re basically chasing each other around the same materials. Somebody’s always copying somebody else.”

Zare was able to attend a recent rehearsal and said he was not a bit nervous for the performance.

“It’s amazing to get to work with musicians of that caliber. I’m really looking forward to getting a chance to hear the interpretation and the depth that they can bring to the performance,” he said. “I love hearing my pieces when they get played by different people and just hearing the different kinds of things that people bring to the piece, because then I know they really made it their own.”