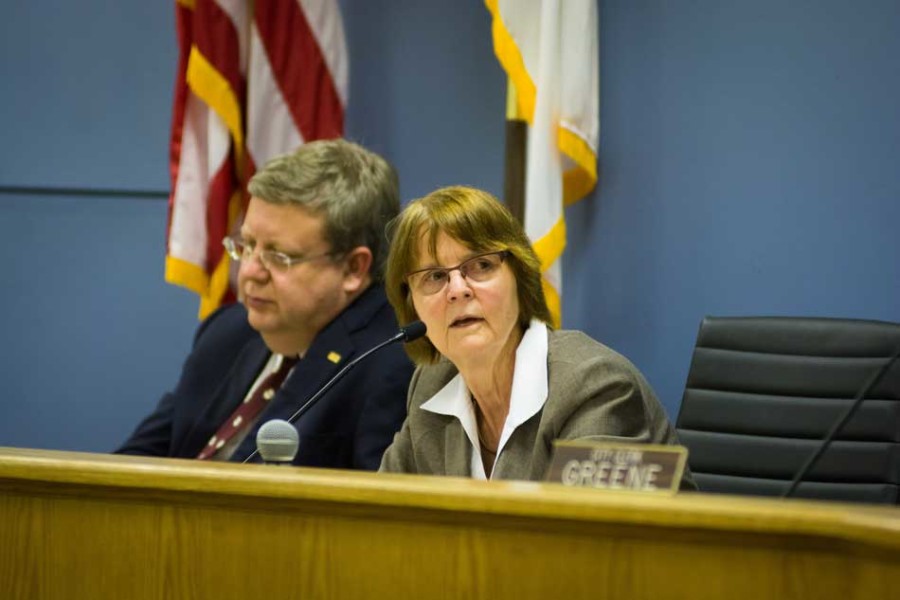 Evanston Mayor Elizabeth Tisdahl concludes an hour-long discussion at City Council’s Monday meeting about the future of the Harley Clarke Mansion. Tisdahl suggested aldermen factor in the potential of upcoming state budget cuts while considering whether the city should pay for mansion renovations, a long-debated topic in Evanston.

City Council decided to further postpone action on the Harley Clarke Mansion after an alderman proposed the city pay to renovate the building.

Ald. Donald Wilson (4th) motioned to allocate up to nearly $600,000 of city funds for capital improvements on the property with plans to use it for city programming accessible to Evanston residents. The motion was presented alongside two additional plans by Mayor Elizabeth Tisdahl and Ald. Brian Miller (9th) that advocated for non-commercial organizations to lease the property.

Several aldermen responded with tentative support for Wilson’s motion, provided there was more time to develop a cohesive plan for how much money would be needed for additional programming and maintenance costs.

“My questions rise from where the $590,000 fits into our priorities for the capital improvement program that we are really trying to … prioritize and be more methodical about how we look at more city facilities and infrastructure,” Ald. Jane Grover (7th) said.

Grover said she was more closely aligned with Miller’s proposal, which includes a two-year lease agreement with a not-for-profit organization that would contribute nearly $50,000 each month for general upkeep of the property in place of rent. Grover also suggested adding a clause to Miller’s resolution granting more time for not-for-profits to raise the required funds to maintain the property so the city has more options in choosing a tenant.

Tisdahl’s proposal includes a 99-year lease with a nonprofit that would cost the organization $1 a year.

The city has sought new uses for the property since 2011 after the city and its previous tenant, the Evanston Art Center, could no longer fund its maintenance.

Miller said Wilson’s proposal to pay for the renovations was the best current option and aldermen may need to compromise on a solution to the problem, which predates Miller’s appointment last spring.

“I don’t think anyone on this council will get everything they want,” Miller said. “But I don’t think we’ve thought about what our second-best option is in order to move forward as a community.”

Tisdahl said the cost of paying for mansion improvement may have a larger impact on the city in January if the state’s budget cut local government funding.

Wilson said he derived the nearly $600,000 financial estimate for the mansion from several estimates “floating around” and that the estimate should be thought of as a cap. However, he said it is important to move forward with his plan even if the fund request seems high considering the possibility of a not-for-profit falling through and the mansion being demolished.

“Maybe we don’t get a private offer, and then we say we are going to tear it down,” Wilson said. “That will be soul-crushing to thousands of people who devoted time and energy, and I don’t think that’s the message we want to send.”

City Council will consider the issue again in its Oct. 26 meeting.

Correction: A previous version of this article misstated the current ownership of Harley Clarke Mansion. The city owns the mansion and aldermen proposed for the city to pay for capital improvements to the building. The Daily regrets the error.