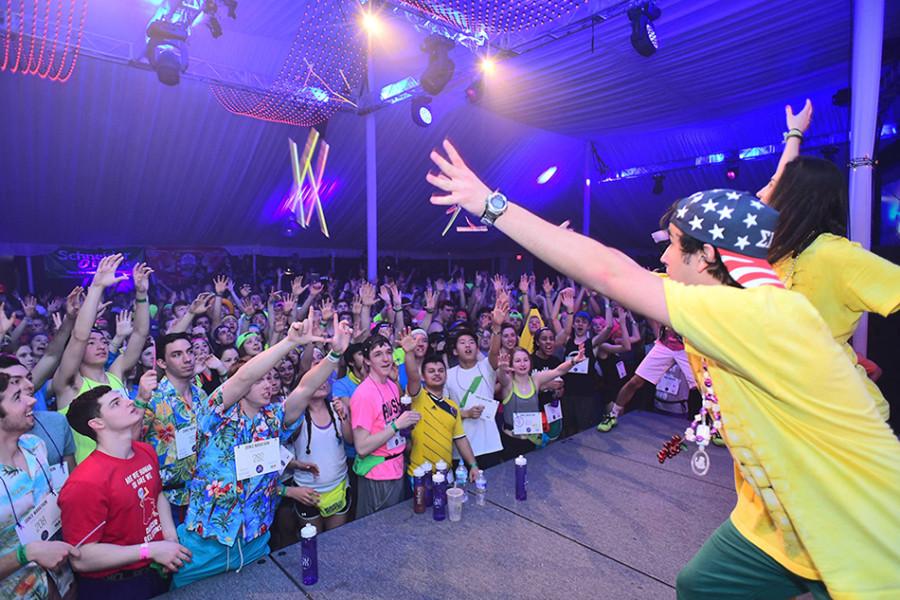 Students groove at Dance Marathon during the event in March 2015. This year, DM will host its trivia nights at World of Beer.

Dance Marathon has chosen Evanston bar World of Beer as the new venue for its trivia nights.

Jacob Greenberg and Connor Smith, special events chairs for DM, said although DM maintains a great relationship with 27 Live, it opted to move trivia nights to WOB because it is a popular and accessible spot for students.

Greenberg, a Medill senior, and Smith, a Weinberg senior, also said WOB offered DM a 10 percent profit share for its trivia nights, which factored into its decisions while planning trivia nights for this year.

Another change to trivia nights this year includes a time shift from Wednesday nights to Tuesday nights between 7:30 p.m. and 8:30 p.m.

Greenberg said he was excited to move the trivia nights to Tuesday nights because he thinks the move will help increase attendance.

“We think more people will be available (on Tuesdays) because there is less going on,” he said. “We also have a lot of cool new themes.”

Greenberg and Smith called a contact they made last year when DM held its Battle of the Bands event at the bar, and said WOB was very helpful in setting up the trivia series and likes working with NU and students.

“WOB is excited to have us, and we are excited to be working with them,” Greenberg said.

The first WOB trivia night is scheduled for Oct. 27 and will be open to all students.