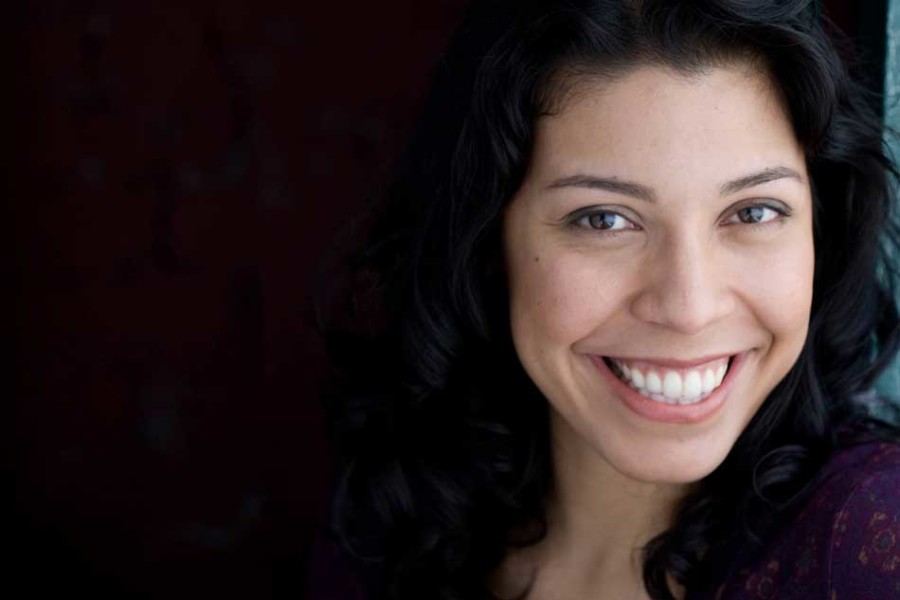 The Evanston Public Library is holding its first annual storytelling festival from Oct. 9 to 11 and will feature a diverse group of professional storytellers and Evanston students. The Daily spoke to two storytellers, Jasmin Cardenas and Antonio Sacre (Communication ’91), to find out more about their stories and the storytelling art form.

The Daily: Where do you get inspiration for most of your stories?

Jasmin Cardenas: I really love telling stories as an immigrant’s daughter because I feel like the immigrant stories are misunderstood and as an American, living in this culture, I found myself grappling with two worlds, living bi-culturally. I’m neither just American and I’m certainly not Colombian from Colombia. I am between those two worlds and so all of my personal tales have that perspective in them. There are stories that range from myself as a child trying to grapple those differences and then myself as an adult, a professional adult, trying to grapple with those disparities.

The Daily: What do you like about storytelling as an art form?

Cardenas: I love the connection you have with people when you’re performing — that’s the thing that really inspires me. When I’m telling a story, oftentimes even if I’m telling it in an entirely English-speaking school, I will still fill in some Spanish in my children’s stories, and I love when a young child — who is a monolingual or bilingual Spanish speaker — (their) eyes light up when they realize they understood me and they connected with something in a very special way.

The Daily: What do you hope people get out of listening to your stories?

The Daily: What would you say distinguishes you as a storyteller?

Cardenas: The fact that I’m Spanish-English, there’s a lot of Latino communities across the United States that I could perform for, but also I would say that I tell stories from an urban immigrant’s perspective is really unique …You might hear the immigrant story, you might hear a bilingual storyteller, but you don’t hear an urban immigrant story as often and I think that allows me to connect with Chicago kids in a really special way.

The Daily: How did you get involved with storytelling?

Antonio Sacre: At Northwestern, I was studying theater, I was getting a master’s in theater, and my Winter Quarter I needed an easy class because I had a really hard schedule. There was a storytelling class taught by Prof. Rives Collins — there were no tests that were needed or exams, all you had to do was listen to stories and I thought, “Wow, I could do that.” I didn’t even know storytelling existed. I didn’t grow up with storytelling, I didn’t have storytellers come into my life, so it was my first exposure to it.

The Daily: What inspires your stories and what kind of stories do you tell?

Sacre: My father comes from Cuba and my mom is Irish-American. I was born in Boston, and one of my friends calls me a leprechauno, a mix of the cultures. So for sure I love to explore the tension and the celebration and the excitement from being from three different cultures … Because I do a lot of work in schools, I do a lot of folk tales and myths and legends from around the Spanish-speaking countries of Mexico, Cuba and Puerto Rico.

The Daily: What do you feel distinguishes you as a storyteller?

Sacre: The thing that definitely differentiates me a lot, even from my fellow Spanish-speaking storytellers, is that I have a solo performance theater background that I developed in Northwestern. I definitely have a riskier type of storytelling that includes the different types of performance I studied at Northwestern and other places that allows me to perform in some venues that traditional storytellers wouldn’t necessarily perform so often or even have a desire or skill set to do so.

The Daily: Do you have a favorite memory or experience of storytelling?

Sacre: For sure my first experience of hearing Prof. Collins tell stories in that storytelling class, you know, there’s 20 of us sitting in a little circle in a little seminar room in the theater building. I was young, in my 20s, but that feeling of all of a sudden feeling like a 5-year-old listening to a story, from just a guy in a room. Coming from the theater world, we have lights, costumes, and make-up and set design and sound design, these really beautiful elements that make theater so compelling. (In the class) it was just this man, in a room, under the fluorescent light, transporting us. So that was pretty phenomenal.