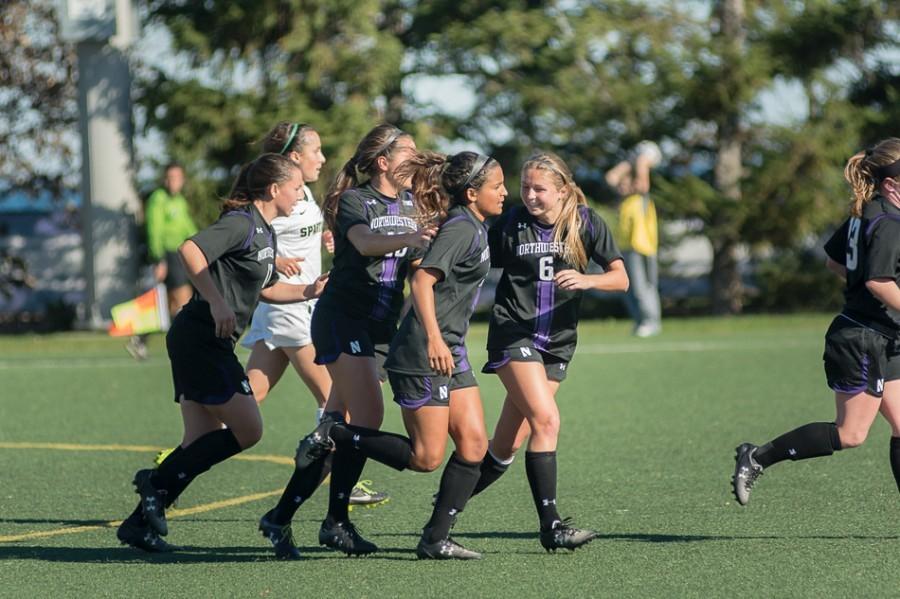 A Northwestern defense which had conceded goals just four times in 12 previous games nearly doubled that total in one afternoon. But while the trend isn’t positive, seven goals allowed in 13 games is nothing to scoff at.

The Cats’ .5317 goals allowed per 90 minutes after Sunday’s game puts them 17th in the country and second-best in the Big Ten. They’ve held opponents to a mere 8.8 shots per game and recorded seven shutouts to date this season, nearly as many as the nine shutouts they managed all of last season.

When asked for details about his team’s defensive gameplan, coach Michael Moynihan said that NU uses four defenders, asks its midfielders to close down space in front of the defense and extends pressure up the field when possible. While effective, these tactics aren’t exactly groundbreaking.

And the Cats aren’t a team that simply bunkers up defensively and waits out games.  Sophomore outside back Kassidy Gorman said the fullbacks have license to push forward when possible to goose the attack — the sign of a team trying to play positively.

So what gives? Why has NU’s defense been so effective this season?

Moynihan pointed out his team’s athleticism and pace all over the field is an edge over opposing offenses. In particular, he spoke superlatively of freshman center back Kayla Sharples during this stingy run.

“She’s played almost every minute for us,” Moynihan said. “She’s been dominant in the air, and she’s learned very, very quickly.”

A starter in every game this season, Sharples said her adjustment to the college game was made smoother with the help of Gorman, sophomore fullback Nikia Smith and a very supportive team atmosphere.

“Having the support, having the knowledge of our team portrayed onto (me) to think about and to learn, I think that’s been very helpful,” Sharples said.

With a first choice back four of the solid Sharples, the pacey outside duo of Gorman and Smith, and fellow freshman center back Hannah Davison, the No. 32 recruit in her class, the Cats clearly have the talent needed to lock down opposing offenses.

But talent only means so much in a game where one miscue can end with the ball in the back of your net, and with such a young defense, Gorman said communication and chemistry has been a priority for NU’s defense this season.

“After last year we realized how much potential we had,” Gorman said. “We’ve worked a lot on learning how each one individually plays so overall we can work together.”

Beyond the back four, solid defenses rely on all eleven players moving in unison, tracking runs, covering for others and closing down on shots. It’s a complex dance, and Moynihan said that senior midfielder and co-captain Nandi Mehta has been instrumental in keeping things going smoothly.

“She’s done a nice job finding her voice,” he said. “She’s really kept things organized in the midfield for us.”

Despite being gashed by the Nittany Lions, it is clear that the Cats have built something special in the back. For a team yet to score more than two goals in a game this year, they’ll need to maintain their defensive dominance and Moynihan is confident they can do that.

“We’re not in panic mode or anything,” he said. “We’re just going to go about our business and re-establish ourselves.”