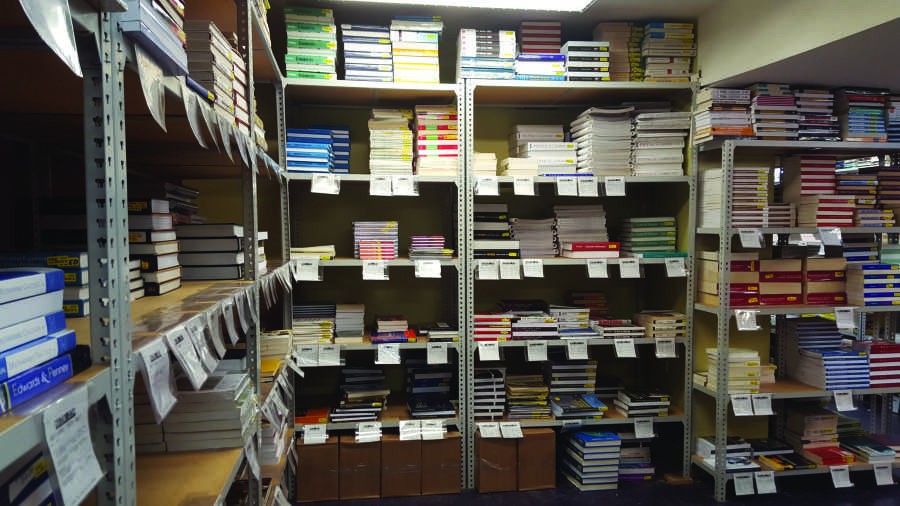 U.S. Sen. Dick Durbin (D-Illinois) introduced a bill to Congress on Thursday making select college textbooks free for students. The average student budget for college books and supplies during the previous academic year was $1,235, according to the College Board.

U.S. Sen. Dick Durbin (D-Illinois) introduced a bill to Congress on Thursday that would allow students free access to the most commonly used textbooks in an attempt to combat rising college costs.

The legislation would create a grant program for colleges and professors to create and use “open” college textbooks, which would be available under an open license to allow free access to the materials.

“Textbook costs are one of the most overlooked obstacles to college affordability,” Durbin said Thursday during a conference call with media. “(This act) will save students hundreds of dollars and put pressure on traditional college textbook markets to open up and be affordable.”

The average student budget for college books and supplies during the 2014-2015 academic year was about $1,225 according to the College Board. This cost is nearly 14 percent of the total cost for students going to a four-year university, said U.S. Sen. Al Franken (D-Minnesota), during the call. For low-income and non-traditional students, this makes college even less accessible than it already is, Franken said.

“If you’re going to community college, textbook costs could be over 40 percent of your overall cost for going to college,” he said, “If you’re already struggling to afford college, it’s a serious barrier.”

Franken introduced the bill along with Durbin and U.S. Sen. Angus King (I-Maine).

Franken said the cost is substantial for everyone attending college, no matter their socioeconomic level, and private colleges would also be able to apply for the federal grants outlined by the bill. The legislation has the potential to save college students in the U.S. over $1 billion a year, Durbin said.

In addition to providing grants, the bill aims to educate professors and researchers about the costs of textbook and higher education fees. Ethan Senack, the federal higher education advocate at U.S. Public Interest Research Group, said during the conference call that many professors he has spoken with are not aware of the costs of the textbooks they assign for courses.

“When I’m talking to professors and show them that the textbooks they are assigning can cost $100, $200, they’re stunned,” Senack said. “They don’t even look into the costs, and they certainly aren’t trying to give students that burden. We’re also trying to get professors to assign more affordable reading as well as giving open-source assignments.”

Durbin said because students don’t get to choose what books they’re buying, it’s easy for businesses to inflate prices without consumers having the power to negotiate, Durbin said.

“The textbook industry is virtually a monopoly,” Durbin said. “They know they have a captive market and they’re exploiting it.”

Open-source textbooks created through the affordable college textbook bill would replace the most expensive textbooks in the most commonly taken courses, Franken said.

“We want to make sure people can go to college without having to work 20, 40 hours a week,” he said. “This is a step towards reducing college debt in the nation.”

Durbin said the cost of textbooks has grown over 82 percent since 2002 — more than three times the rate of inflation. The bill would provide university students alternatives to the traditional textbook market and allow for more accessibility in colleges overall, he said.

“We need education to be at a cost everyone can afford,” Durbin said, “Making sure textbooks are sold at fair prices is a big part of that.”