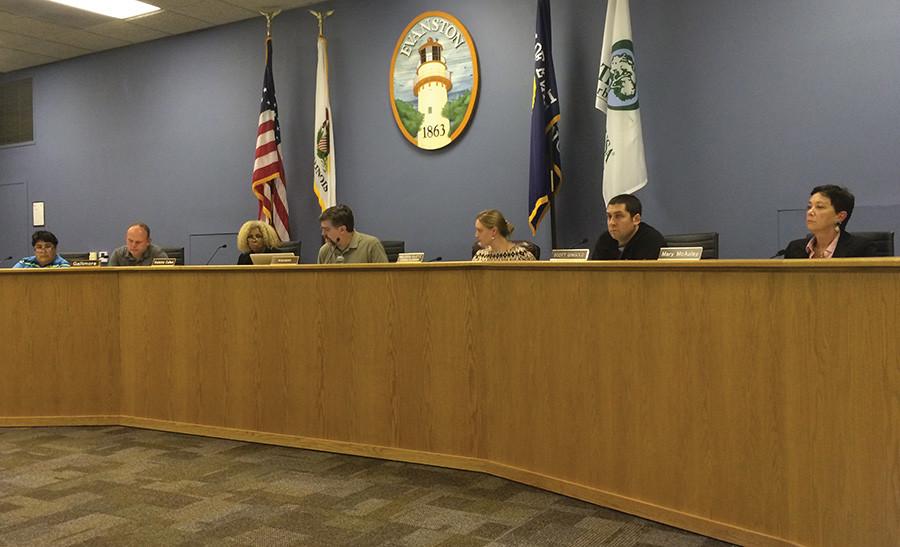 The Zoning Board of Appeals voiced their support of Beacon Academy's request for a permit to move into vacant space at 1560 Sherman Ave. Beacon was founded last fall and currently has an enrollment of 83 students, mostly freshmen and sophomores.

A private high school that launched in Evanston last year received support from the Zoning Board of Appeals on Tuesday to expand as a result of unexpectedly fast growth of the student body.

Beacon Academy, currently located at 622 Davis St. just above Cheesie’s Pub and Grub, opened last fall with an initial class of about 40 students. Jeff Bell, the school’s founding head, said Beacon’s total enrollment is currently 83, a number higher than he initially anticipated. As a result, Beacon has filed a request to move into an open space at 1560 Sherman Ave, which also houses the Rotary International headquarters.

Steve Friedland, the school’s attorney, said the school’s goal was to have a student population of about 200 students but the growth is steeper than they expected.

“Beacon is (at this meeting) because they’ve been very successful,” Friedland said. “They always knew (the space) would not be sufficient for a long-term 200-student body … They’re getting there quicker than they thought.”

Beacon ascribes to the Montessori method of teaching, which focuses on creative and experiential forms of learning. For Beacon, this means engaging children with Evanston community organizations such as the McGaw YMCA and Evanston Art Center as extensions of their classroom space.

“The concept of the school and the operation of the school is that we really think about Evanston as a campus,” Bell said. “Obviously the majority of our classes are taking place within the building in which we’re currently housed, but we have strong partnerships with a number of stalwart Evanston institutions.”

One of the Zoning Board’s primary concerns was ensuring available parking for all Beacon faculty and students who will need it. Beacon students commute from all over the Chicagoland area, including the South Side of Chicago and the northern suburb of Lake Bluff. While many students take public transport or are driven by their parents, some drive themselves to school.

Teachers and students currently park in the Sherman Plaza Self Park, which Bell said will remain Beacon’s plan going forward.

While the Zoning Board’s recommendation does not guarantee Beacon will receive the permit for the space at 1560 Sherman Ave., their support holds weight for City Council’s ultimate decision.

“This is not (a space) that a lot of companies can just pick up and move into,” committee chair Matt Rodgers said. “Having an applicant like this be able to do that guarantees that this space will be able to be used and will not sit vacant.”

City Council will vote on the permit at a future meeting.