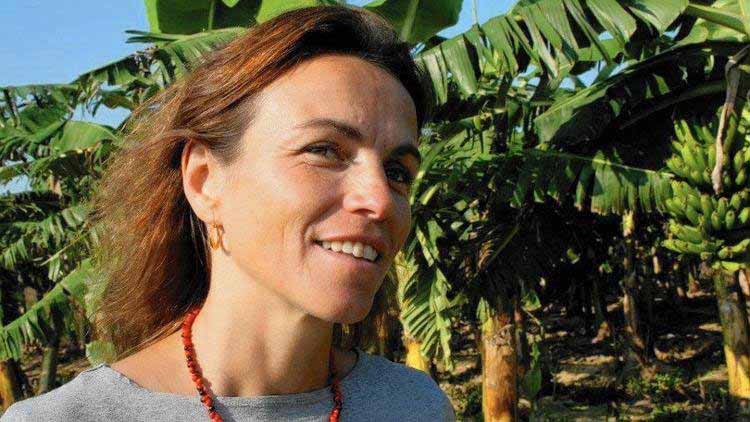 Even after Medill Prof. Cecilia Vaisman was diagnosed with breast cancer, her commitment to her students and her passion for her work didn’t waver.

Katherine Nagasawa (Medill ‘15), who had Vaisman for an audio documentary class her junior year, said she turned to Vaisman for help when she wanted to make her own independent documentary.

When Vaisman took a leave of absence due to her illness, she stayed in touch with Nagasawa, guiding her through the process. This summer, Vaisman even met with her to discuss the project.

“This was when she wasn’t very strong, and she only had two or three good hours each day,” Nagasawa said. “She set aside those good hours for me that one day. It was very selfless of her, and I’ll always remember the fact that she did that in her last few months.”

Vaisman, 54, died Sunday after a two-and-a-half-year battle with breast cancer. A love of teaching and a dedication to her students defined her time at Northwestern, those closest to her said.

Vaisman, whose work and teaching focused primarily on audio documentaries, started teaching at NU in 2010 and took a leave of absence after teaching her last class during Winter Quarter 2015.

Born in Buenos Aires and raised in northern New Jersey, Vaisman spoke Spanish, Portuguese and English and taught a variety of courses at NU, including audio documentary and bilingual reporting classes.

“She lit up a room, whatever room she was in,” Medill Prof. Douglas Foster said. “She had that combination of Argentine discipline and grace, and some Jersey swag.”

Students, colleagues and family remember Vaisman for her fierce dedication to her students.

Nagasawa said she asked Vaisman to be her faculty advisor because of the audio documentary class she took with Vaisman. Vaisman went on to mentor Nagasawa while she interned in Argentina and after she graduated.

“Very vivacious, she was very energetic,” Nagasawa said. “She was very warm and caring. You could tell that she really deeply cared about her students and about their personal successes. She wasn’t really looking out for herself.”

Before coming to the Medill School of Journalism, Media, Integrated Marketing Communications, Vaisman worked at NPR and co-founded independent production company Homelands Productions. She also reported throughout Latin America on various issues, including the AIDS epidemic in Brazil, the destruction of the Amazonian rainforest and the children of those who were disappeared and killed by the military junta in her native country of Argentina.

Vaisman received two Robert F. Kennedy Journalism Awards for her reporting on disadvantaged people. As a reporter, Vaisman was skilled at interviewing people in power, as well as convincing the powerless to tell her their stories, Foster said.

With her radio experience and love for audio, Vaisman was a prime candidate to help grow the audio documentary program at Medill, said Medill Prof. Jack Doppelt.

“We literally brought her here to change the face of journalism with an appreciation for what audio not only can do, but how much of the world appreciates audio … as its primary way to get information,” Doppelt said. “That’s a mission we still have to do on behalf of Cecilia.”

Despite being diagnosed not long after starting at NU, Vaisman continued to teach because of her love for the profession and Medill, Marx said. Her goal was to establish the best radio program for college students at Medill.

“Every day, she got up and she fought, and she taught and never expressed fear,” Marx said.

During Vaisman’s chemotherapy and radiation treatments, Marx said he asked her to cut down her workload, which she found extremely difficult.

“Cecilia considered it a privilege to teach at Northwestern,” he said. “(She) gave her heart and her soul to teaching. She loved her students.”

This summer, Vaisman took her final trip to Buenos Aires. Despite having energy for only a few hours each day, Marx said she was “so happy” to introduce her two children to Argentina and her family that lives there.

“(Cecilia was) somebody who, in her journalism and her private life as a wife and as a mother, lived with grace and with courage and with boundless energy,” Marx said. “We are so heartbroken that she’s not with us anymore.”