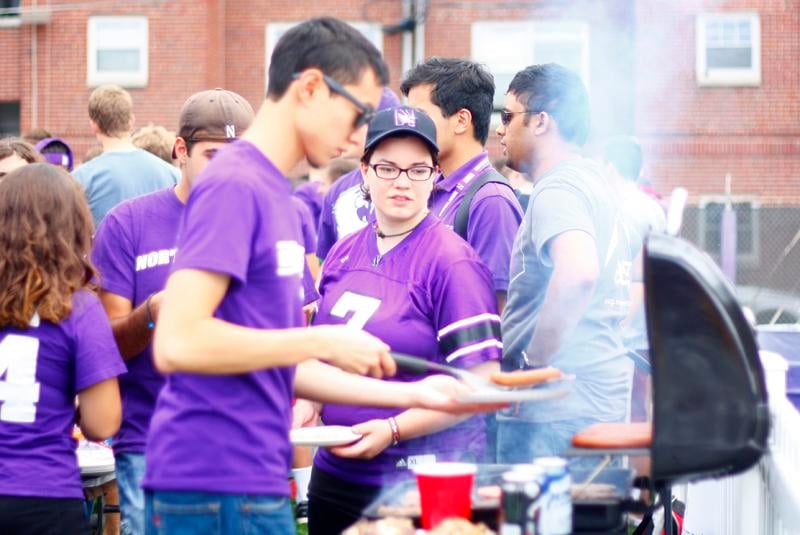 Wildside and University administrators have altered tailgating policies at Fitzerland after stricter university-sanctioned regulations decreased attendance during the 2014 football season.

Wildside and the Division of Student Affairs implemented new policies last season to provide a more structured and safe environment for the student-only tailgate section north of Ryan Field but in the process deterred some students from attending both tailgates and games.

The regulations required students to show their WildCARDs to access the area and to provide photo identification to bring alcohol. Students renting grills were required to provide a “tailgate monitor” who attended a training session the week of the game and supervised drinking guests. One sober monitor was required for every 20 students.

This year, student groups are no longer required to provide their own monitor, but instead “tailgate monitors” will be on site at each game. Monitors are expected to remain sober and help foster a safe environment. They will be responsible for seeking assistance when necessary and following the new Amnesty through Responsible Action policy, which excuses students from disciplinary action regarding alcohol and drug violations if they take action in providing assistance to intoxicated individuals when necessary. All other regulations from the 2014 season will remain in place.

Wildside co-president Evan Frost said the initial changes were largely led by the administration starting in 2013 after an intoxicated prospective student went to the hospital before a game. While the SESP junior said Fitzerland previously had a positive safety record, after the first tailgate last year, administration saw a need to monitor the event and how much alcohol is brought in more effectively.

“I think the new policies scared students away more than they promoted safety,” Frost said. “We definitely saw a dip in attendance. The rules themselves may have pushed people away and caused some confusion within student groups of who can drink or come.”

“There were a couple of times that attendance was definitely affected at the games,” Smith said. “When you have more students going to off-campus tailgates instead, it makes it harder to get there, and the type of supervision at those parties definitely makes those (unsafe).”

Weinberg senior Lauren Wang, who attended the Fitzerland tailgate both before and after the new regulations, said she appreciates the University providing an opportunity for students to tailgate so close to the game. However, her experience after the regulations were implemented during her junior year was vastly different from the year before, when attendance was not limited to only current NU students. Wang said she would not attend Fitzerland this year if the policies remained in place.

“It was dead my junior year, but sophomore year was really fun,” Wang said. “A lot of alumni came with their friends to tailgate.”

“We’ve been advocating to make it an experience that is enjoyable for everybody,” Smith said. “Our goal is to get everyone to games, and we want to create the environment that gets everyone excited to be there.”