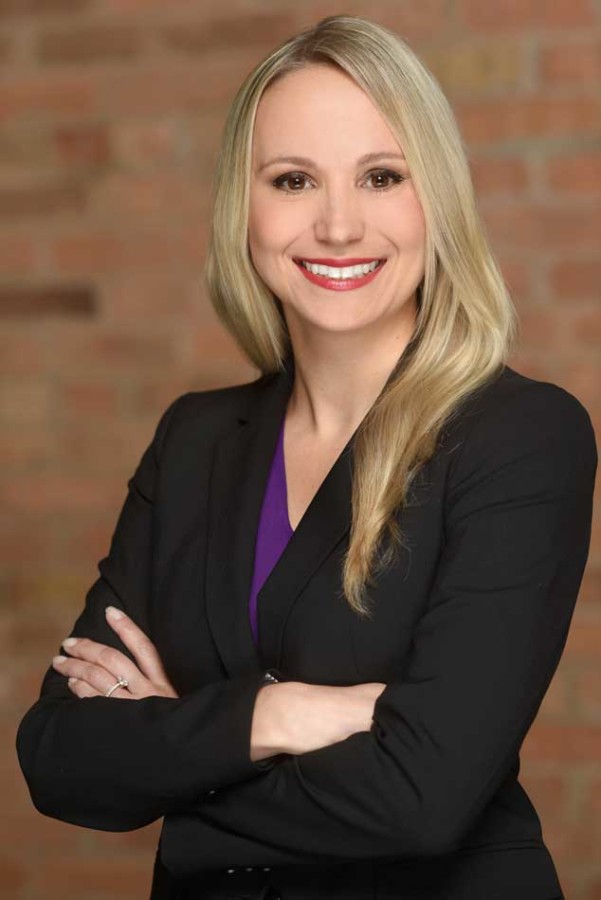 In her position as head of Northwestern’s new startup incubator, Silicon Valley veteran Melissa Crounse hopes to turn the space into a hub of entrepreneurship and innovation.

Crounse, who started Sept. 1, is the first executive director of The Garage, which launched in June. The area is a place for students to develop ideas and receive help to turn those ideas into startups. Housed in a parking garage on the second floor of the Henry Crown Sports Pavilion, it features two classrooms, meeting rooms and a kitchen.

Loffler, who said Crounse was chosen from hundreds of candidates in a national search, highlighted Crounse’s passion for students and her tech experience at Google, IBM and three startups, including one she founded.

“She breathes Silicon Valley culture,” Loffler said. “She relates very well with people at all levels. She loves the students, so she was perfect.”

In addition to being a physical space, The Garage will grow into a community of students, alumni and faculty interested in starting companies, Crounse said.

Crounse said she looks forward to getting to know students and figuring out what they need. Because The Garage opened recently, she is looking for more staff members and currently holds a very fluid role.

“I do everything right now, because this is very much a startup for me,” she said. “It’s everything from defining the vision of what is The Garage all the way down to students approaching me about how to get a job, how to find a mentor.”

The Garage offers a residency program, which gives student teams working on a startup idea 24/7 access to the space. It also has entrepreneurs-in-residence, successful alumni who have sold their startups and are working on their next ideas. The entrepreneurs-in-residence work in the space and help mentor students working on their own ideas. Crounse said there are also plans for an accelerator program — a 10-week cycle that helps foster students’ ideas into a startup — and a mentorship program to launch this year.

Another one of Crounse’s goals is to give the space a more comfortable vibe by doing small things such as providing snacks for students.

“I’m trying to make this space more comfortable, this idea that this is a home for entrepreneurship,” Crounse said. “I want the vibe of the place to be a place where … it feels a little more like a Silicon Valley or a New York tech company when you come in here.”

John Kelley, a McCormick junior who founded Lucid Goose Design with two other friends last fall, works in The Garage after NU’s previous incubator space at 600 Davis St. closed in August. The amenities, specifically the meeting rooms and TVs, have helped facilitate meetings with clients, he said.

“The Garage has been much better than the 600 Davis space,” he said. “It pretty much has everything you need to work.”

From talking to students, Crounse said she discovered there was a lack of space for those working on startups or projects and wants The Garage to be that space.