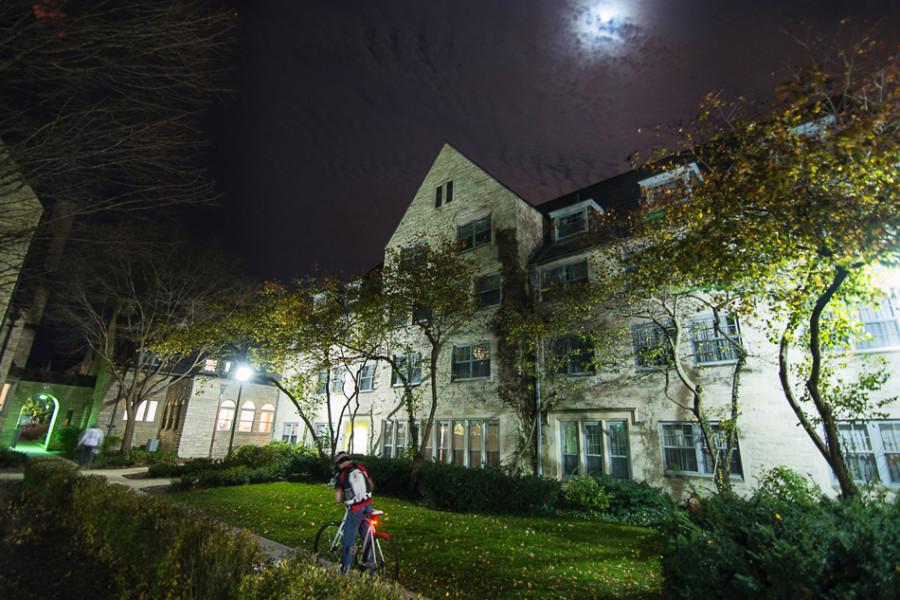 Starting this year, students interested in hall government have two routes to choose from: social programming and administration. The change is intended to help organize residential hall activity.

Starting this year, residence hall governments will be split in two: one side for social programming and one side for administrative duties.

Residence Hall Association created a programming board for each residence hall to provide social and educational programming and three area councils — located in Foster-Walker Complex, Allison Residential Community and Kemper Hall — to govern and improve the halls.

“The goal is to completely divide essential programming for students in halls, while improving student life in other ways, because in the past the boards of each hall had to do both,” said McCormick sophomore Nathan McCardel, RHA vice president. “They did munchies, but also the water fountain broken on the second floor.”

In the past, government boards for residence halls were responsible for both social and administrative duties and were overseen by RHA, said McCormick sophomore Chris Chen, the RHA publicity chair. This year, RHA is adding a level between the hall board and executive board that will be called area council, he said. Twelve residence halls will be included in the three area councils, while each residence hall will have its own programming board.

To communicate more effectively, RHA will focus on having fewer people contacting Residential Life at a time, McCardel said. Students can run for up to two positions in each of their respective area councils and programming boards, he added.

“I’m really excited to see how it goes. I hope we get a good turnout for elections and I hope a lot of people are interested,” McCardel said.

Area councils will also host open forums every other week that will serve as town hall meetings for residents to come to, said McCormick junior Jack Heider, RHA president. The councils will allow RHA to find out what residents want so the organization can work to make students’ requests happen, he said. Heider said the restructure will cut down on bureaucracy and personalize students’ needs to where they live on campus.

“People came to RHA asking for free laundry or better TV services or cheaper ways to store stuff, but now there are levels for people to walk in and go to,” Heider said.

Chen said area councils can encourage more participation between residence halls so not all events happen in the same building.

To avoid seeing students apply for positions for the sake of having a title, RHA will have a harder application process and create more positions this year, McCardel said. The positions will be more specific to students’ interests, he added.

Chen said the sense of heightened community and pride that some students feel living off campus or in residential colleges has generally been missing from residence halls. The RHA restructure is a significant step in the right direction, he said.

“These improvements are a good first step for a positive attitude about living in a residence hall,” Chen said.

Applications for RHA positions will be released on Wildcat Connection on Sept. 28. Elections will be held Oct. 9, with positions to be announced Oct. 13.