Sigma Chi to create scholarship in memory of John Thumel 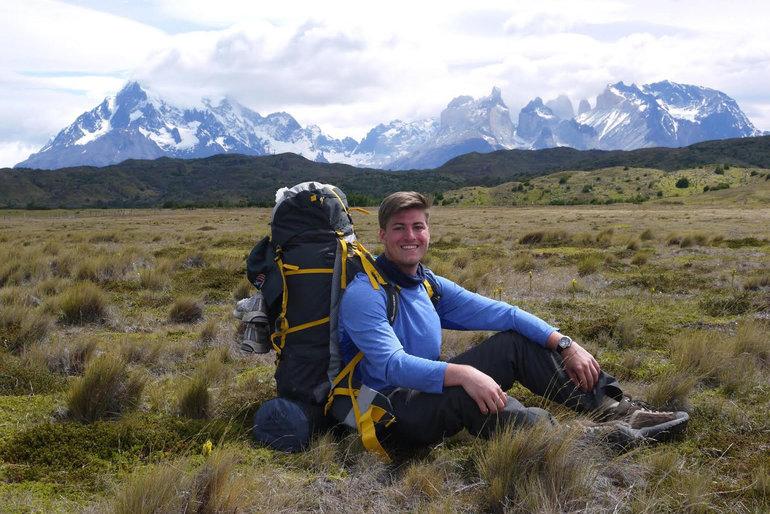 John Thumel, a McCormick senior, died in July after suffering injuries in a car crash. The crash occurred in Texas, where Thumel was working as an engineering intern.

A scholarship for members of Sigma Chi fraternity is in the works following the death of member John Thumel in July.

Representatives from the Sigma Chi Foundation, 1714 Hinman Ave., Thumel’s family and Sigma Chi’s Northwestern chapter are collaborating on a $1,000-a-year scholarship in memory of the McCormick senior. Thumel died from injuries sustained in a July 24 car crash in south Texas.

The scholarship is being created to honor Thumel and “keep John’s name alive for years to come,” said Tom Van Winkle, the foundation’s associate director of development. He said $25,000 has to be raised to endow the scholarship before it can be awarded in the spring.

So far, $20,000 has already been donated, said Communication senior Dan Rufolo, a friend of Thumel and a member of Sigma Chi.

Rufolo is one of five students who, along with Thumel’s father Mike Thumel, serve on the board of directors for the scholarship. In regular meetings every other week, the team has worked to solidify the principles that applying Sigma Chi members should have. The tentative requirements include both academic criteria — such as being a science, technology, engineering or mathematics major and having at least a 3.0 GPA — and devotion to the “3 F’s:” friends, family and faith, Rufolo said.

“My wife and I are overwhelmed with the thoughtfulness of the fraternity and the speed at which they (established) it,” Mike Thumel said. “It’s more of a testament of who my son was. He could do good even in death.”

Mike Thumel said he continues to hear new stories about Thumel’s compassion and humor, which assures him that his son “did things right.”

To raise the funds, Sigma Chi members and Thumel’s family have reached out to relatives, friends and NU Sigma Chi alumni. The board is also looking into holding a fundraiser at Bat 17 in late fall or early winter — hockey-themed to commemorate Thumel’s love for the Chicago Blackhawks and the sport.

Although the scholarship will not go into effect until the full $25,000 is raised, Rufolo and the board already have their sights beyond that initial role. Rufolo said he hopes to eventually make the scholarship available to students outside of Sigma Chi.

Outside of the scholarship, Mike Thumel said other endeavors have been made to continually honor his son. The fifth-year engineering student was a frequent blood donor. His wish to be an organ donor was granted in his death, Mike Thumel said.

We’re doing this to carry on the memory,” Mike Thumel said. “It might be a way of a parent coping at this difficult time.”