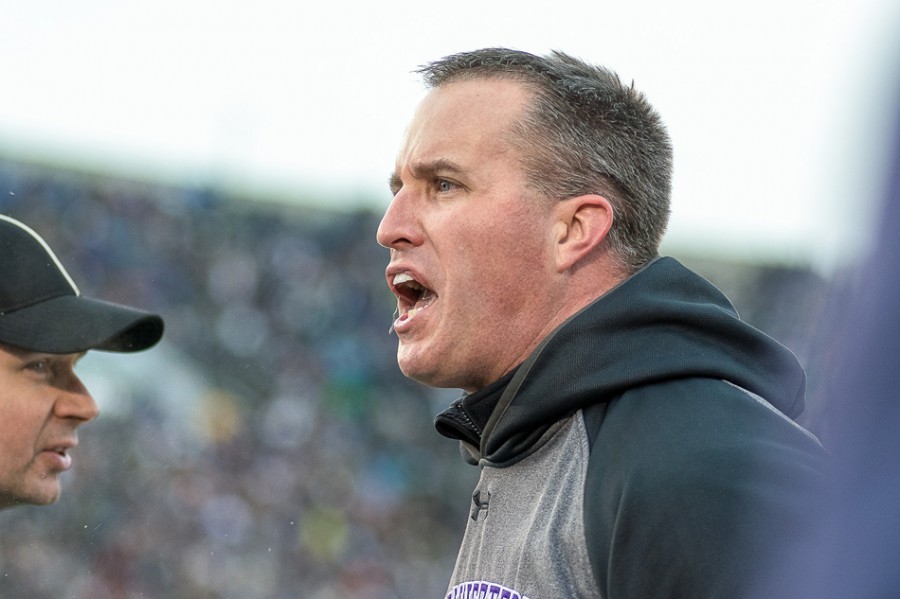 The offensive line was “very average,” with “poor” body language and “too much inconsistency,” the coach said. Superbacks Dan Vitale and Garrett Dickerson “really had no impact on the game.” Quarterback Clayton Thorson made some bad decisions and “got away with some.” Kicker Jack Mitchell “has got a lot of work to do.” Defensive end Ifeadi Odenigbo was “inconsistent.” Players in kick coverage weren’t playing fast or physical enough. Center Brad North’s snapping problems were “unacceptable.”

Overall, Fitzgerald said, “I thought we had a very average performance as a football team on Saturday.”

NU’s players, who went to sleep Saturday night feeling awfully good about themselves following an impressive win, had a rude awakening Monday when they watched the game tape with coaches.

“The disappointing part is that after watching the film, the things that we did wrong were the littlest things, especially on the offensive line,” sophomore guard Shane Mertz said. “If we fix those things, no one will beat us, and we’ll run every team out of the house.”

Fitzgerald’s dissatisfaction seems odd in the context of Saturday’s win but makes sense in the big picture. After back-to-back sub-.500 seasons, the coach said he’s tired of being average. The Cats have 11 more games after all, and patting themselves on the back after one win won’t do much good.

NU’s next opponent is Eastern Illinois, an FCS team coming off a 5-7 season in the Ohio Valley Conference. Following their week one success, it would be easy to imagine the Cats entering a matchup with inflated egos. But cockiness seems to be the least of Fitzgerald’s concerns.

“I think after watching the video there aren’t too many big heads around here right now,” the coach said.

Fitzgerald allowed some praise for the defensive line, which he called “dominant.” He also applauded NU’s running game and the team’s success avoiding turnovers. Still, following a game in which the defense was excellent, it was telling that Fitzgerald seemed much more interested in discussing the offense. Multiple times Monday he emphasized how much that unit needed to improve.

Senior receiver Miles Shuler said he understands the need for dwelling on the negatives.

“We’re trying to be great. We’re not trying to be average,” Shuler said. “That was a great team win, but we’re not satisfied.”