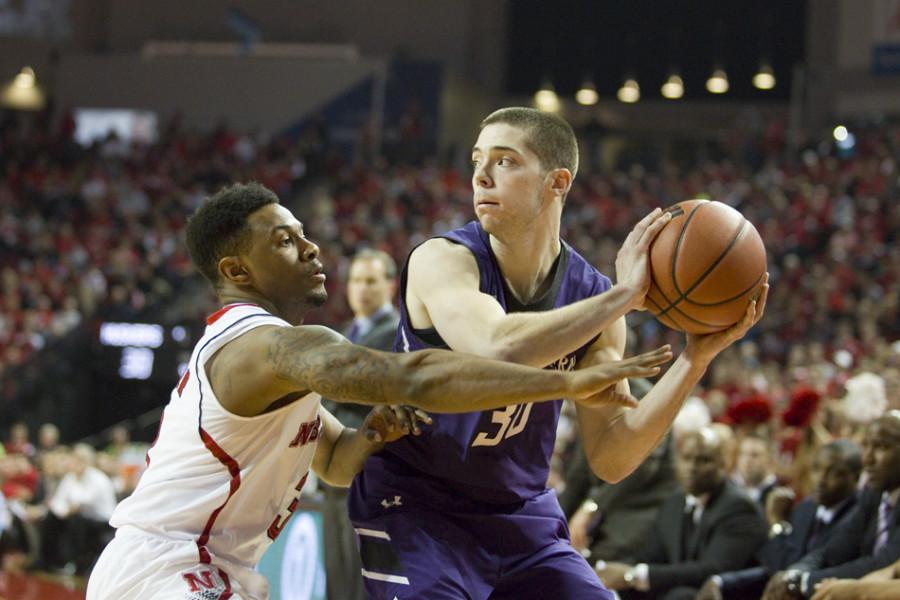 Bryant McIntosh and Northwestern will gain experience with a shorter shot clock during their trip to Spain, which begins Saturday.

On Saturday, Northwestern will embark on a 10-day trip to Spain, where the Wildcats will play professional competition and tour the foreign country.

So what are the players most looking forward to?

“Barcelona,” senior center Alex Olah said Wednesday. “That’s been my favorite team in soccer. I heard we’re going to go visit the stadium, so I’m really excited for that. It’s been my dream for a while.”

How about you Bryant McIntosh?

“We’re going to tour (soccer team) FC Barcelona’s arena, and I think that’ll be awesome,” the sophomore guard said. “A lot of us play FIFA (video games), obviously. So we’ll enjoy that.”

Soccer stadium tours aside (In addition to Barcelona’s stadium, Camp Nou, the team will also stop by Bernabeu Stadium, home of Real Madrid), NU will enjoy some good basketball, with five games against Spanish professional teams, played under international rules.

That means different balls, a deeper three-point arc, a wider lane and a 24-second shot clock. The short clock will be a difficult adjustment for a group used to 11 seconds more, but the challenge arrives at an timely moment: Beginning this year, the college game will shorten its shot clock from 35 to 30 seconds.

“It’s going to be good practice this year with the shot-clock change,” senior guard Tre Demps said. “We’re trying to get into our sets quicker, not holding the ball as much and playing with a little more pace.”

Since he arrived at NU in the spring of 2013, Chris Collins has discussed upping the Cats’ pace. Now, with the team composed mostly of his own recruits, the coach might finally have the personnel to do so.

That tempo increase will begin in Spain and will begin with McIntosh, the do-it-all point guard coming off a stellar freshman season. After averaging 11.4 points and 4.7 assists last year, McIntosh said he’s worked this summer to bulk up (going from 172 pounds to 190, he said) and fine-tune some aspects of his game.

“I want to be come a better consistent shooter,” he said. “And I think defensively I made some really good strides.”

Given the shortened shot clock, McIntosh’s steady hand will be particularly important this season, and Spain offers a strong test run.

Several members of the Cats’ travel party have experience with European basketball. Collins played in Finland from 1996-97 before becoming a coach, assistant Pat Baldwin competed in Bosnia and Croatia from 1991-2001 and Olah has played extensively for the Romanian national team.

“I can definitely give some tips,” the seven-footer said. “I told some of the guys how the physicality is, how they play over there and there’s nothing to be afraid of.”

Collins knows firsthand the value of preseason trips, having journeyed to London, China and Dubai as a Duke assistant coach, and he spent his first two years at NU listening to veterans Drew Crawford and JerShon Cobb reference their 2010 trip to Italy every chance they got.

e secondary compared to what a trip like this can do for a team as far as how they bond and the chemistry they have going forward.”

Besides, no matter what happens on the basketball court, that Barcelona stadium sure will be cool.