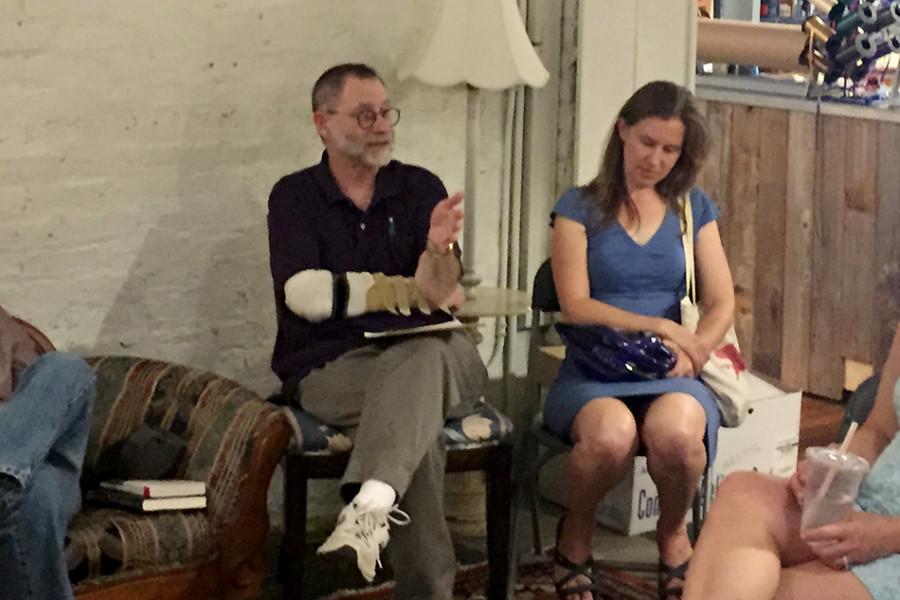 Lubet discussed “Go Set a Watchman” with an audience of more than 30 people at the bookstore’s first literary salon, a tradition associated with 17th and 18th-century French literary movements in which people gather to converse on important topics.

The salon included dialogue on the novel’s literary and historical value, the contrasting portrayal of Atticus in the new novel compared to its predecessor “To Kill a Mockingbird” and a debate on whether Lee wanted the novel to be published. Attendees also discussed the book’s resemblance to a draft of Lee’s Pulitzer Prize-winning novel, “To Kill a Mockingbird.”

Lubet said he sees no literary value in “Go Set a Watchman,” but finds extreme historical value in it. The manuscript for the novel was discovered in Lee’s archives in 2011, decades after she wrote it, and it is considered to be an early draft of “To Kill a Mockingbird.”

“It gives us an insight into how a revered author turned a very poor product into an extremely good one,” he said. “First drafts are not very good by nature, and here we can see at least part of the development of the book.”

Lubet teaches a School of Law course called Narrative Structures in which he uses “To Kill a Mockingbird” as an example of how stories are told in a persuasive and interesting way. The course is about the way narrators — including lawyers, novelists, journalists and film directors — put stories together, he said.

“Lawyers are narrators, but we are not the only narrators, so we can learn from what other people do,” he said.

“It’s the highest, best use of bookstores,” he said. “It’s great that there is (an independent) bookstore in the community — there hasn’t been for 10 years probably — and this is a valiant effort to bring a terrific resource.”

“Evanston is one of the most educated communities in the country, and it shows at events like this,” Garrett said.

Evanston resident Jean Cunningham said she thought the event was a positive experience and a great way to create community conversation.

“It was a depth of conversation that I didn’t expect,” she said. “There was so much knowledge in the room, and yet anyone could contribute and people would listen to each other.”