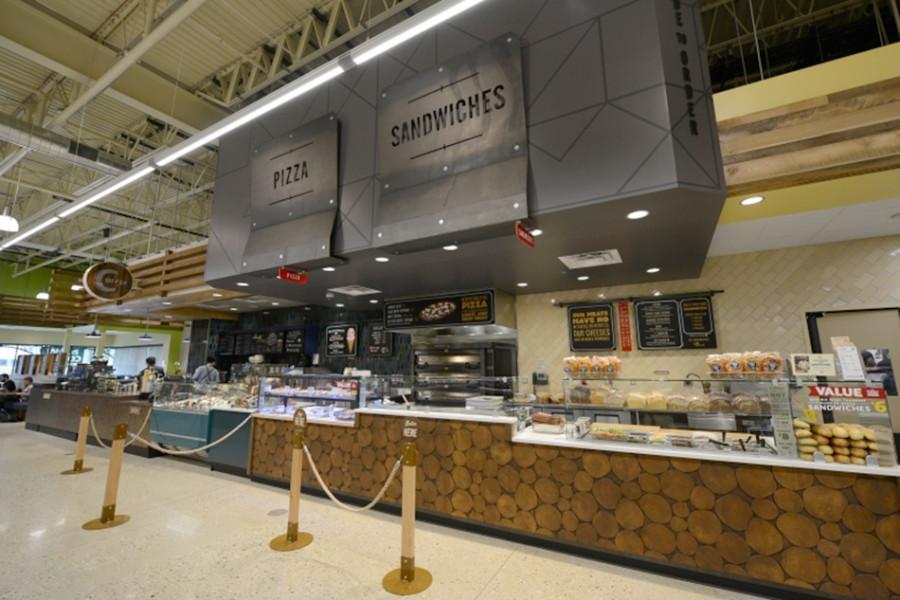 Inside the newly-opened Whole Foods Market at 2748 Green Bay Road. The grocery store debuted July 29 after over a year and a half of vacancy.

Whole Foods on Green Bay Road contributed 200 of those jobs, while Valli Produce in Evanston Plaza offered 120 — of which 85 percent went to Evanston residents, officials said in city’s the second quarter economic report. Valli worked with the city’s Youth Job Center and National Able Network at the beginning of June to recruit and hire city residents.

The city’s unemployment rate increased from 5.1 percent to 5.4 percent between May and June, although the rate remains below those of Chicago, Illinois and the country as a whole.

City manager Wally Bobkiewicz said this quarter’s average sales tax revenue, which was $3.5 million, may have been below potential because of the two grocery store spaces made vacant by Dominick’s departures at the end of 2013. Bobkiewicz said he hopes to see an uptick in sales tax revenue now that both vacancies have been filled by Whole Foods and Valli Produce, both of which moved in at the end of July.

The construction project at the site of Lulu’s and Taco Diablo, both of which closed in early 2014, also broke ground in the beginning of May.