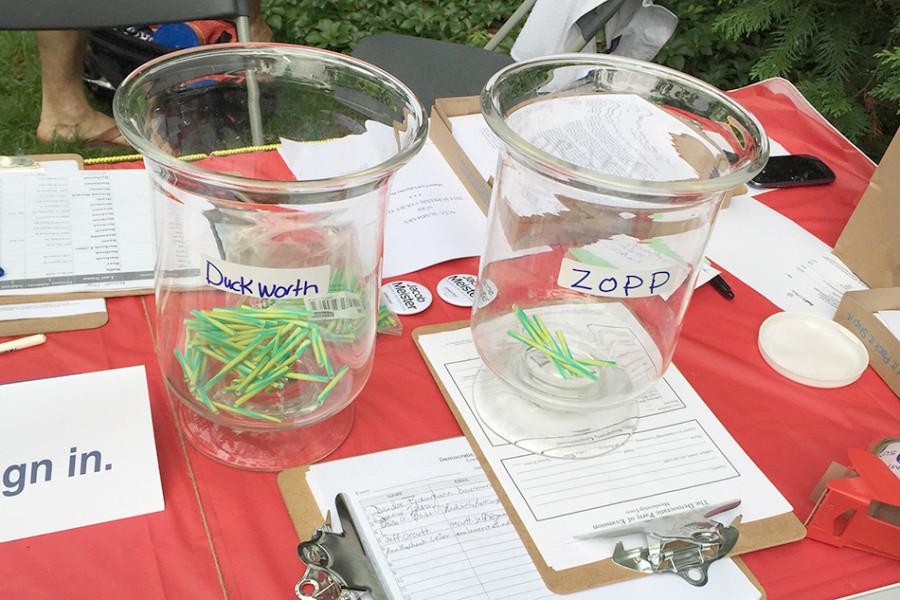 U.S. Rep. Tammy Duckworth (D-Illinois) beat her opponent 45 to 8 in a non-binding straw poll organized by the Democratic Party of Evanston, demonstrating party members’ support for the candidate in the 2016 U.S. Senate elections.

The informal straw poll between Duckworth and former Assistant State’s Attorney Andrea Zopp, which took place July 26 at an annual political event in a north Evanston home, was limited to members of the Democratic Party of Evanston, committeeman Eamon Kelly said. The organization held the poll for the first time due to the national interest in the campaign against incumbent U.S. Sen. Mark Kirk (R-Illinois), Kelly said.

“We wanted to have an opportunity to gauge the support for (Duckworth), which was pretty overwhelming,” Kelly told The Daily.

The Illinois Senate seat in question was ranked by The Washington Post in June as the No. 1 most likely to switch parties in the 2016 election.

Duckworth, an Iraq War veteran and former Assistant Secretary of Veteran Affairs, once worked for Rotary International, which is headquartered in Evanston. Zopp, her opponent in the primary, was CEO and president of the Chicago Urban League before stepping down to run for the Senate seat. Zopp was both the first woman and the first African American to serve as Assistant State’s Attorney in Illinois.

The event — which was attended by about 90 people — featured speakers such as State Sen. Daniel Biss (D-Evanston), Cook County State’s Attorney candidates Kim Foxx, Donna More and U.S. Rep. Jan Schakowsky (D-Illinois), who spoke in support of Duckworth, Kelly said. Schakowsky, who works with Duckworth in the House, touted the candidate’s advocacy for middle-class families and small businesses in Illinois.

Kelly said the straw poll helped inform him for whom to cast his vote when the Cook County Democrats, a committee of representatives from each ward and township in the county, meets later this month to decide which Senate candidate to support.

“The straw poll was a fun way to engage our grassroots supporters and activists, and send a signal that we’re fired up to take on Mark Kirk,” Kelly said in a news release.