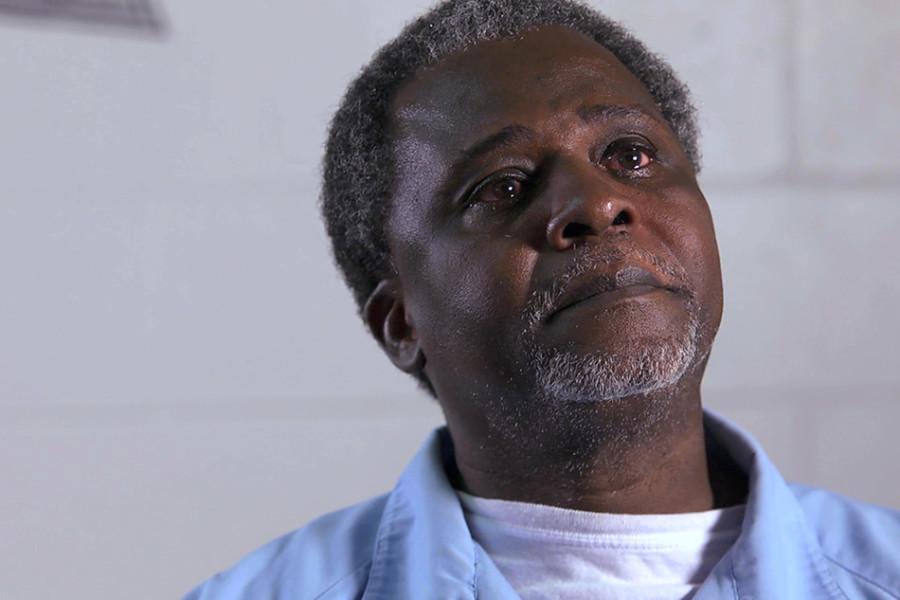 Alstory Simon gives his account of his own conviction for double homicide in the newly released documentary "A Murder in the Park." Simon was sent to prison for 15 years for the 1982 crime before he was released in the fall by the Cook County State's Attorney.

A documentary released this summer argues an investigation led by a Northwestern journalism class in 1999 led to the wrongful release of a convicted killer.

“A Murder in the Park” chronicles the twists and turns of one of the state’s most infamous criminal sagas, in which a man on death row for the murder of a young couple in 1982 was set free based on revelations by former Medill Prof. David Protess and his students in the Medill Innocence Project, now the Medill Justice Project.

The original investigation of the case found Anthony Porter guilty of shooting two teenagers in Chicago’s Washington Park. He was locked up for 16 years until Protess’ team obtained a confession from another man that led to Porter’s immediate release — a tale of wrongful conviction that played a part in the end of the Illinois death penalty. Alstory Simon took Porter’s place in prison on the basis of the confession, videotaped in his own home.

The film points to Paul Ciolino, a private investigator who worked on the case with Protess’ team, as having convinced Simon to agree to videotape a false confession with a promise of financial compensation and a reduced prison sentence. Simon says in the film he was intimidated into following the investigator’s orders.

“It is mentally painful to walk around every day locked up for something that you know you didn’t do,” said Simon, filmed inside prison wearing a blue short-sleeve button-up.

Ciolino told The Daily that Simon’s confession was genuine. Ciolino called the film’s allegations against him a “fairytale,” including his offer to pay Simon for his confession and the claim that he brought a gun into Simon’s home to intimidate him.

“The thought that Northwestern and Protess and I conspired to do anything like this is ludicrous,” Ciolino said. “It’s patently false and it never happened.”

Ciolino said he refused to be interviewed for the film.

Simon was released from prison having served 15 years of his 37-year sentence. In February, Simon filed a lawsuit against Northwestern and Protess for $40 million, claiming Protess, Ciolino and Simon’s attorney at the time framed him for the murders.

When Simon’s conviction was dropped, filming for “A Murder in the Park” had already concluded. But co-director Shawn Rech said Simon’s release gave the film a new ending.

“Rather than the audience leaving thinking, man, this is a real injustice, they leave the theater having had a little satisfaction,” Rech said.

Rech said he made the film in two and a half years and about 40 trips from Cleveland to Chicago, where he interviewed detectives, lawyers and witnesses connected to the case. To Rech, the film’s ultimate lesson is meant for the reporters whom he said failed to seek real evidence proving Simon’s guilt. When the videotape of Simon’s confession surfaced, it was immediately broadcast on television and many reporters called for Porter’s release.

“These reporters didn’t even take the time to pull a police report,” Rech said. “They would have seen that this was all wrong.”

Although Rech said the student journalists are not to blame for the objectionable investigative strategies, he said he still questions why the University never looked deeper into Protess’ previous investigations after he was barred from teaching his investigative journalism class in 2011 due to accusations in a separate case that he doctored emails and withheld documents from prosecutors. Protess retired from NU and now serves as president of the Chicago Innocence Center.

At the outset of the film’s creation, Rech said he and his co-director intended to educate the audience on the complexities of the case and anger them at its injustice. But through their investigation they concluded Porter was guilty and Simon was innocent, which they sought to convey in the film, Rech said.

Although Protess and the NU students who investigated the case in 1999 also declined to be interviewed for the film, Rech said he purchased archived footage of their statements from television networks to balance the perspectives in the documentary.

Still, Rech said the film carries a pointed argument against Porter. The documentary concludes with footage of Simon’s triumphant release: the plain-clothed ex-convict is pictured pushing a cart down a grocery store aisle, savoring a bite of lobster at a celebratory dinner and thanking God for his newfound freedom.

“There are some critics who say it’s one-sided,” Rech said. “Chicago has been hearing the other side of this story for 15 years and deserves the rest of the story.”

“A Murder in the Park” is showing at the Gene Siskel Film Center in Chicago until Thursday and can also be viewed on iTunes or Amazon.