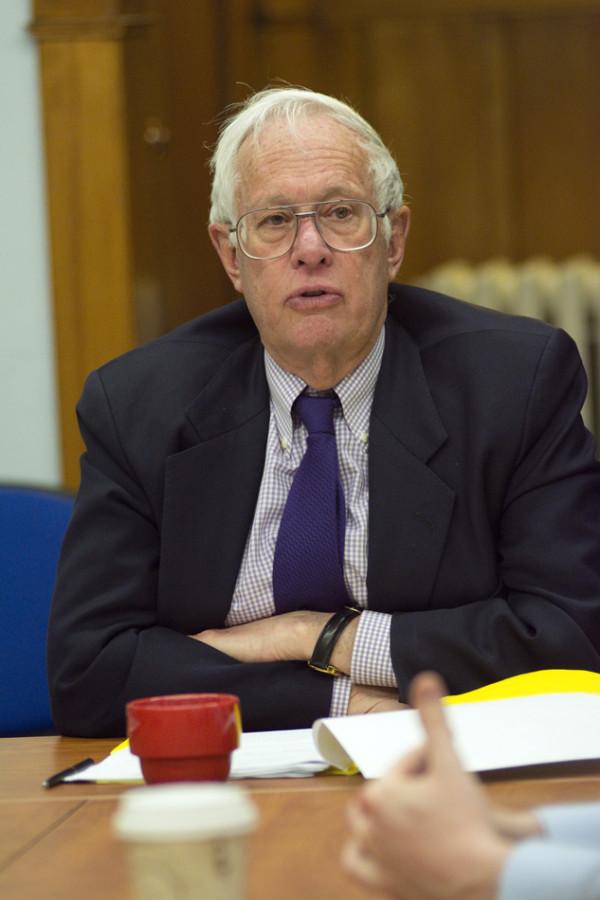 Northwestern president emeritus Henry Bienen will lead the Poetry Foundation while it searches for its next president. Bienen studied literature and poetry at Cornell University.

Northwestern president emeritus Henry Bienen was recently appointed interim president of the Poetry Foundation, an independent literary organization dedicated to increasing the presence of poetry in the world.

“If I can help with new ideas, I will do that, but certainly nothing is broken in the foundation,” Bienen said.

Bienen served as NU president from 1995 to 2009, and the University awarded him an honorary doctorate during his last year as president. To honor him and his wife, Leigh Bienen, the NU Board of Trustees named the University’s music school Henry and Leigh Bienen School of Music in 2008.

Elizabeth Burke-Dain, marketing and media director of the Poetry Foundation, said one of the foundation’s board members knows Bienen and asked him to serve as interim president.

“We were very lucky that he was, in fact, interested … and we are all looking forward to working with him,” Burke-Dain said. “Not only was he the president of Northwestern University for a number of years … but he also studied literature with an emphasis on poetry at Cornell.”

Bienen said the Poetry Foundation has been able to expand its presence and expose readers to the best of poetry due to a large gift made by philanthropist Ruth Lilly in 2003. The grant helped fund the Poetry Foundation’s current center, which holds a 30,000-volume library, a performance space for public events, an exhibition gallery and office space for Poetry magazine.

“I appreciate poetry and I appreciate the work that the Poetry Foundation has done,” Bienen said.

Bienen will lead the foundation until the search for a new president is complete, he said.

“While our board conducts a national search for a new president, Henry Bienen’s experience leading Northwestern University with its excellence in teaching and scholarly study of literature and poetry will provide a smooth transition for the Poetry Foundation,” said Richard Kiphart, board chair of the Poetry Foundation, in a news release. “Further, Bienen’s strong connection to Chicago and its cultural institutions makes him uniquely suited to this important role.”

Burke-Dain said Bienen will play an active role in the search for a new president.

“The trustees are conducting … a national search for a new president,” Burke-Dain said. “As the interim president of the foundation, Mr. Bienen is one of the trustees, so he will be a part of that process.”

Bienen is currently the chair of a search committee looking for a new director of the Buffett Institute for Global Studies.

While Bienen does not write poetry as part of his career, he said knows several prominent poets, including Joyce Carol Oates, Paul Muldoon and Daniel Halpern. Bienen added he has always been a consumer, rather than a producer, of poetry.

“When I first went to Cornell, I thought I would be an undergraduate English major,” Bienen said. “I soon got sort of disabused that this was a likely career for me, but I continued to like poetry and to read it.”