Northwestern student who killed himself initially referred to CAPS waitlist 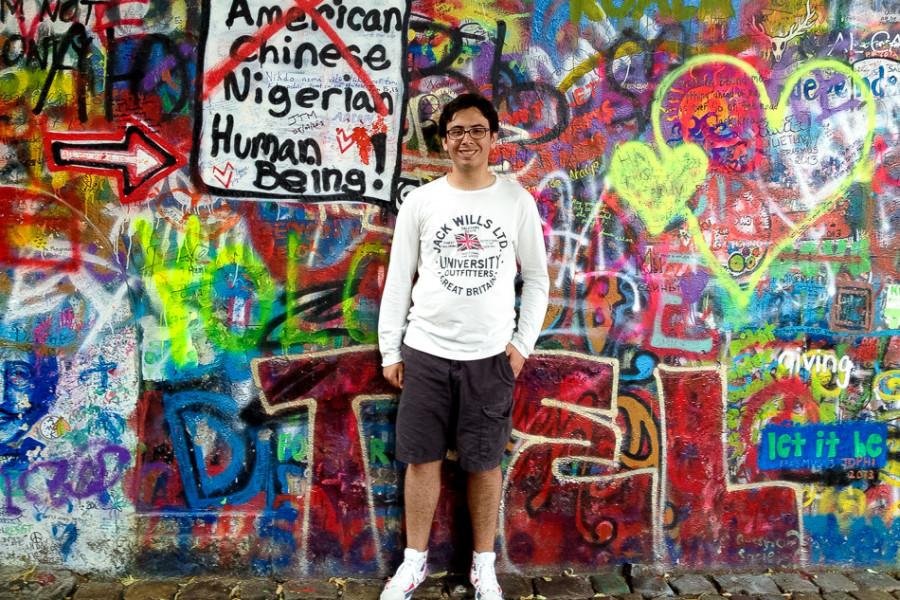 Jason Arkin took his own life on May 19. The McCormick junior was from Overland Park, Kansas.

More than two years ago, Jason Arkin admitted he had “fleeting thoughts of self-harm” to a Counseling and Psychological Services staff member, but he was told there was a waitlist for individual counseling sessions, medical records obtained by The Daily show.

About three weeks ago, Arkin died. His mother has no doubt her son took his own life.

Arkin, a student in the McCormick School of Engineering and Applied Science, first contacted CAPS in November 2012 because his stress at Northwestern had “begun to interfere with his daily functioning,” according to medical records. The records show the then-freshman told the staffer he had a history of self-injurious behavior but denied suicidal thoughts or plans.

The medical records show the staffer discussed the “presence of (a) waitlist” for the counseling Arkin sought, shared contact information for nearby counseling services and told him about crisis and after-hour resources. Arkin was “not interested in being on the wait list,” according to the records.

CAPS sometimes has a waitlist for students seeking ongoing therapy, executive director John Dunkle said. He said the waitlist could comprise 15 to 20 students depending on how many are requesting services. However, students are always able to get initial consultation and crisis appointments, he said.

“During the freshman orientation, (administrators) spent a lot of time talking about their student counseling program and how they had an open door policy and they had emergency appointments,” Karen Arkin, Jason Arkin’s mother, told The Daily. “They encouraged students to call for anything. They told the parents that, and then when your child does need them, they just kind of throw him away.”

Karen Arkin said her son was a perfectionist. She said he excelled academically, graduating in the top 10 of his class at Blue Valley Northwest High School in Overland Park, Kansas. He was also a National Merit Scholar and an Eagle Scout.

“There was so much always going on in his brain that he never had time to ever relax or think because the kid was just so damn smart,” said Noah Blank, one of Jason Arkin’s friends from high school. “He was always doing something and always thinking about something, which is unbelievable.”

Family and friends who spoke at Arkin’s May 26 memorial service highlighted his intelligence, care for others and desire to make the world a better place.

“Jason was one of those people who left his fingerprints on so many of the people he met,” said Mollie Chesis, his high school girlfriend, in her eulogy. “His kindness drew people to him. You could just tell he had faith in people. He believed in the humanity of others.”

NU was his dream school. However, Karen Arkin was hesitant. She heard about McCormick’s tough grading system and was worried about how her son would handle the school’s competitive nature.

Throughout his time at NU, she said her son, despite having good grades, was constantly worried about his job prospects and told her he was “the dumbest kid at Northwestern.”

“It’s a highly selective program,” Karen Arkin said. “These students are all very gifted. They’d all make great engineers assuming they do their work and come to class. Why do they feel such a need to stratify them?”

Documents show CAPS staffers followed up with Jason Arkin after their initial contact with him. In December 2012, a case manager sent Arkin an email asking if he was able to set up an appointment with an outside counselor.

The case manager called Arkin the next week and then again three weeks later. Both times, documents show, Arkin did not pick up and the case manager left a voicemail. After the second phone call, the case manager wrote in Arkin’s file, “No further services at this time.”

Jason Arkin’s first contact with CAPS in November 2012 came while some were criticizing NU’s counseling services for being understaffed. In the 2012-13 academic year, two students took their own lives. Alyssa Weaver, a Weinberg junior, died in November 2012 while studying in London and Dmitri Teplov, a McCormick sophomore, died in Pancoe Hall in May 2013.

Since then, CAPS has hired additional counselors and helped create a new mental health Essential NU that began in the fall of 2013. ENUs are required programs for all new students during Wildcat Welcome orientation. The CAPS staff-to-student ratio is now about 1 to 980, which lags behind the average ratio for peer institutions — roughly 1 to 945.

NU administrators also point to the growth of the Question-Persuade-Refer suicide prevention training program as evidence of CAPS’ recent improvement. Dunkle said more than 3,000 members of the NU community have been trained in the program since 2012.

Dunkle could not comment on Arkin’s case due to privacy laws, but he said each student is thoroughly assessed before a treatment program is decided.

“If we make a determination that they need a higher level of care than what we can offer, then what we will do is we will work with the student very closely to make sure they get connected to the treatment,” he said.

Dunkle said CAPS cannot provide services to students who need meetings more than two or three times a week or who need extensive eating disorder or substance abuse treatment. About 10 to 12 percent of students are referred to outside counseling either after they have completed their 12 free sessions or if they need a higher level or special type of care, he said.

Dean of Students Todd Adams said NU continues to bolster CAPS and Student Assistance and Support Services, an office that helps connect students to resources and coordinates medical leaves of absence. He said the new NUHelp website centralizes NU’s support services. An NUHelp mobile application will launch this fall, he said. Adams said all these efforts are a way to make support services more accessible to students.

“Resources will never be the issue,” Adams said. “It’s about meeting the need and continuing to ensure we have crisis appointments and walk-ins available.”

“There’s no price tag on student safety,” he said. “There certainly hasn’t been in my six years and presumably before that as well.”

Patricia Telles-Irvin, vice president for student affairs, did not respond to multiple requests for comment.

At the end of Spring Quarter last year, Joseph Holtgreive, McCormick’s assistant dean for student career development, referred Jason Arkin to CAPS due to “academic and personal difficulties,” documents show. Arkin reported he had suicidal thoughts and trouble eating and sleeping, which he attributed to “ongoing academic stress,” according to medical records.

Karen Arkin said her son did not take his finals last spring and left campus shortly before the end of the academic year. He also did not study abroad in Germany that summer as he had planned. Instead, he attended counseling at home for the summer and returned to NU for the fall of his junior year.

This spring, Jason Arkin dropped two classes and was not attending the other two classes he was enrolled in, according to his medical records. The records show Holtgreive contacted CAPS on April 22 to find out if Arkin was in treatment. A staff member told Holtgrieve that Arkin last had contact with CAPS nearly a year earlier.

The documents indicate the plan of action was for Holtgrieve to reach out to Arkin. Holtgreive told The Daily he could not comment on Arkin’s case for privacy reasons.

On May 19, officials responding to a call found Arkin in the fifth floor lounge of 1835 Hinman and transported him to Evanston Hospital. He died later that day. Evanston police Cmdr. Joseph Dugan said the initial police investigation indicated Arkin killed himself.

The official cause of death has not yet been determined by the Cook County medical examiner, but Karen Arkin is confident her son took his own life.

Jason Arkin was the second undergraduate student to die this quarter. In April, Avantika Khatri, a Weinberg junior, took her own life in her off-campus residence.

Given Jason Arkin’s history of depression and his experience last Spring Quarter, Karen Arkin is upset because she said administrators never reached out to alert her about her son’s academic struggles, even though he authorized his parents to access his academic records. She was surprised at the lack of communication from the University this year compared with the quick response to her son’s struggles last year. Documents show Karen Arkin had permission to view her son’s medical and academic records.

Although Jason Arkin was at first unable to secure an immediate individual counseling appointment at CAPS, Karen Arkin does not blame NU for her son’s death and said she doesn’t plan to pursue legal action against the school.

Instead, she wants the story of her son’s struggles to help other students. She wants to see the University make changes to its mental health services and McCormick’s grading system. The Arkin family is also planning to set up a foundation in Jason Arkin’s name to destigmatize depression and clarify that it is a medical disorder.