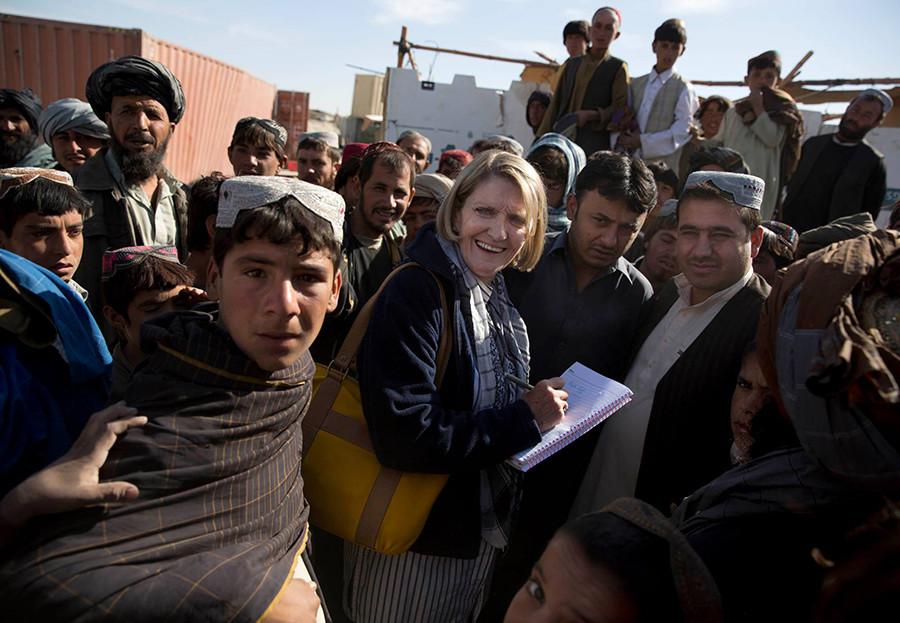 Foreign correspondent Kathy Gannon reports for the Associated Press. Gannon has been awarded the 2014 James Foley Medill Medal for Courage in Journalism for her work covering the Middle East.

Associated Press foreign correspondent Kathy Gannon has been awarded the 2014 James Foley Medill Medal for Courage in Journalism, the University announced Wednesday. Gannon was shot by a security officer while reporting in Afghanistan.

Gannon and AP photographer Anja Niedringhaus were covering presidential elections in Afghanistan in April 2014 when Niedringhaus was killed and Gannon was shot six times in the arm and shoulder.

“It’s a great honor to have your body of work recognized and to have it described as courageous,” Gannon said in a news release.

Gannon continued to write throughout her recovery about Afghanistan, where she has been reporting for decades.

The annual Medill award is presented to a reporter or a team of journalists working for a U.S.-based media outlet. Judges of the award cited Gannon’s dedication to continue working after her attack as a reason that made her a perfect fit for the honor.

Her entry “comes on top of a long, brave and distinguished career spanning decades,” Ellen Soeteber (Medill ’72), a member of the selection committee, said in the release. “She’s a veteran dedicated to telling the story.”

Last year, journalist Matthieu Aikins won the award for his work, published in Rolling Stone, about alleged war crimes in U.S. Army Special Forces in Afghanistan. Additionally, James Foley (Medill ’08) posthumously received the award from Medill, who renamed the medal in Foley’s honor after he was executed by the Islamic State in August 2014.

Gannon said she was honored to receive an award named for Foley.

“I hadn’t met James, but I’m certainly familiar with his work, and it’s an honor to be mentioned in the same sentence as him,” she said in the release. “Aside from the quality of his work, he had real courage … James inspired with his work and his courage.“