The Daily Northwestern • May 27, 2015 • https://dailynorthwestern.com/2015/05/27/campus/mayfest-wnur-announce-dillo-day-second-stage-lineup/ 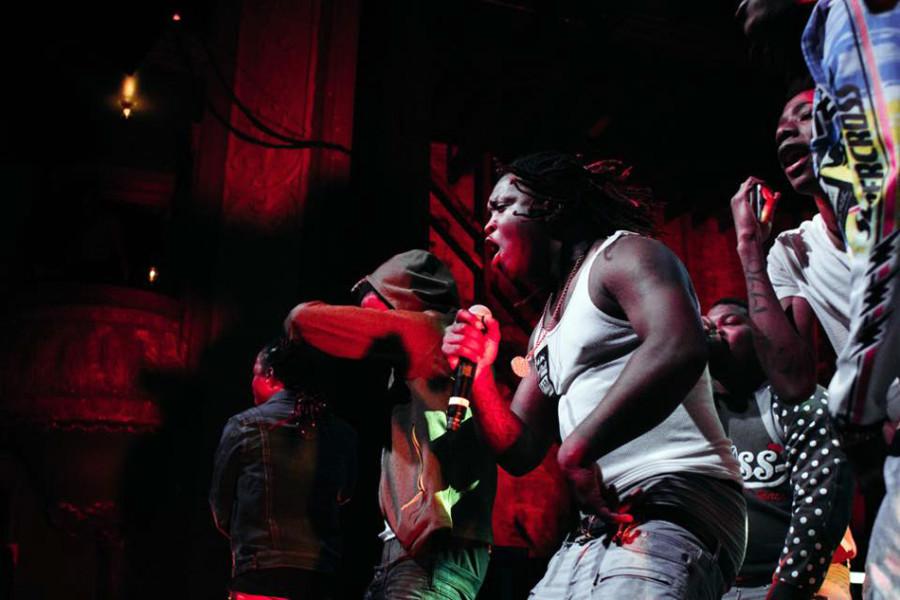 WNUR and Mayfest unveiled Wednesday the five acts that will perform on Dillo Day’s second stage.

The WNUR stage aims to introduce up-and-coming artists of different backgrounds and demographics to try to appeal to a larger audience, said Mayfest co-chair Justin Wolf, a Communication senior. This is the second time the student-run radio network will host Dillo Day’s second stage.

WNUR collaborated with IndieU, a music website, last year to put on the second stage. Because of the success of its phone-a-thon fundraiser, WNUR is presenting the stage by itself this year, WNUR general manager Brian Campbell said.

While the Mayfest lineup includes mainstream artists, the WNUR stage has artists students may not have heard of, said Campbell, a Weinberg junior.

“We’re interested in playing underrepresented music, stuff that wouldn’t get airplay on commercial radio stations, or you might not find in traditional avenues of music,” he said.

He said that WNUR also tries to include artists that are of marginalized social demographics.

Though many students last year didn’t know the artists on the second stage, many were still drawn to it because it was located between the mainstage and Norris University Center’s East Lawn, the festival’s only entrance, Wolf said.

This year, the second stage will be in a similar place, said Jenna Powell-Malloy, music director for The Rock Show on WNUR.

“It’ll catch people’s attention walking by and it’s something that people will like without having heard it before,” said Powell-Malloy, a McCormick junior.

This year, the partnership between Mayfest and WNUR has complemented each other well, Wolf said, because the groups are able to target different audiences and fill in each other’s gaps.

“The Dillo Day mainstage has traditionally been there to cater to more of a mainstage audience and the WNUR stage … is really there for the purposes of reaching out to the audiences that the mainstage wasn’t reaching out to,” Wolf said. “We’re now providing programming for a much broader scope of our student body than we were able to before.”

Coincidentally, one of Sicko Mobb’s larger collaborations was with A$AP Ferg, one of the mainstage artists. Choosing the two acts done completely separate of each other, Wolf said.

Freshii, a restaurant new to Evanston, is sponsoring the stage, as part of WNUR’s effort to partner with community organizations.