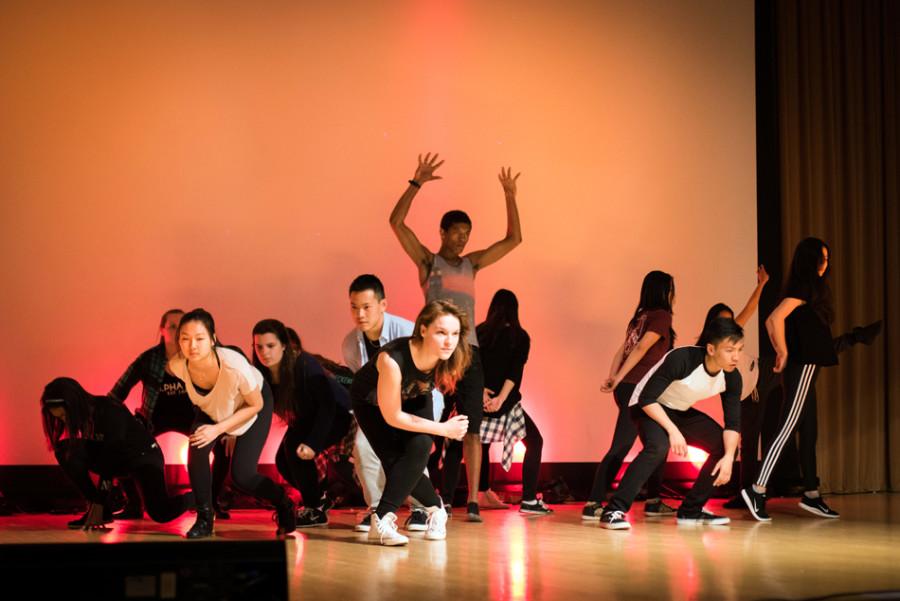 Performers rehearse for ReFresH Dance Crew’s first ever solo show. The urban and hip-hop dance organization is made up of more than 70 members.

We’ve seen Northwestern’s ReFresH Dance Crew perform in large, collaborative shows, such as ReFusionShaka, Celebrasia and the KASA show. But on Saturday, the dance group will start a new tradition, and have its first ever solo show in Technological Institute’s Ryan Family Auditorium.

ReFresH is a student performance group that focuses on urban and hip-hop dance. The group consists of around 70 members and aims to be a space where students can experience dance in all of its many styles and forms. ReFresH was established in 2005 and members of the group have been discussing the prospects of a solo show for a while. It wasn’t until earlier this year, though, that the group decided to turn the idea into a reality.

Medill senior Danielle Zhu, the outgoing president of ReFresH, has been at the forefront of these efforts. Zhu’s work doesn’t stop once she gets off the stage or finishes practice. She said she has committed extra time into planning and perfecting the upcoming show.

“This year we really pushed to make a solo show happen because we’ve gotten so much bigger and better in the past two years,” she said.

While ReFresH’s growth has been an asset in most cases, it has made scheduling rehearsals difficult, Zhu said.

“One of the toughest things has been the many different time conflicts,” Zhu said. “It’s been hard getting everyone here and pushing the show forward, but we know it’s worth the effort.”

ReFresH’s incoming president is Jisoo Lee, a Communication junior. Lee said ReFresH had over 30 new members join this year, which coincidentally fell at the same time that talks of a solo show came up.

Weinberg freshman Grant Hou, who serves as ReFresH’s incoming education chair, choreographed one of the pieces that will be performed.

“Choreographing was a new experience for me, and a really educational one,” Hou said. “I’m most excited to see my own piece performed and how the audience responds to it.”

Hou said his experience preparing for a solo show has been tiring because of the immense responsibility that falls on one group of 70 people rather than many dance groups that together contribute a couple hundred students.

“With ReFusionShaka, it was easier because there were several groups to share the responsibility of light and sound, costumes and getting through tech week,” he said.  “If you got tired, you knew that there was another dance group to come in. That’s not the case in a solo show.”

Hou said he expects the show will help the group grow at a faster pace. He also said he hopes it will show the NU community that ReFresH is more than just a segment in ReFusionShaka.

“It’s more work,” he said, “but we do it because it’s worth it, because we love to dance.”

Lee said the show will be especially memorable for the seniors because it’ll be their first solo show with ReFresH — but also their last.

“They’re leaving a legacy for us,” she said. “Their part in this process has been invaluable and I know they’re going to give it their all.”

As a graduating senior, Zhu said ReFresH has come to define many of her NU experiences.

“For a lot of us, we’ve been a part of this for four years,” she said. “That’s hundreds and hundreds of hours we’ve committed to this. So to finally have a show is really special because it’s a culmination of all of our efforts. We’re really excited that our end is also a debut.”

Zhu said sometimes she and other members joke by asking, “Is there really a difference between ReFresH and life?”

“I know it’s silly,” she said, “but sometimes that’s how it feels.”

ReFresH will perform on Saturday at 10 p.m. and Sunday at 7 p.m.