The Daily Northwestern • May 14, 2015 • https://dailynorthwestern.com/2015/05/14/sports/fencing-schiller-earns-midwest-fencing-conference-coach-of-the-year-honors/ 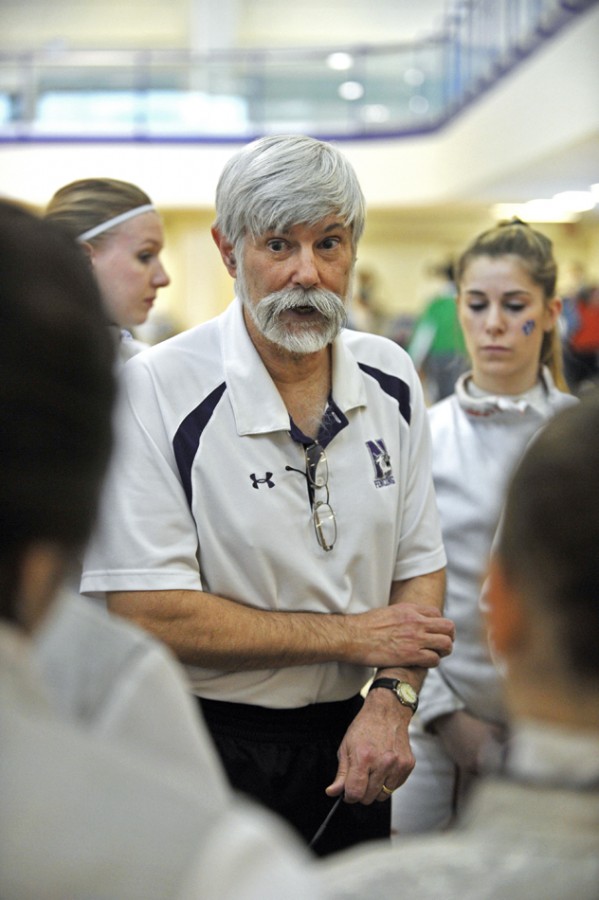 Laurie Schiller provides instruction to one of his fencers. The coach was named the Midwest Fencing Conference Coach of the Year for the 10th time in his career.

The Midwest Fencing Conference named Northwestern coach Laurie Schiller its Coach of the Year, the conference announced Tuesday. This is the 10th time in his career Schiller has been named for the honor.

Historically successful under the veteran coach, who has led the Wildcats since 1978, NU excelled once again in the 2014-15 season. The Cats opened the season with 20 consecutive dual wins, compiled a 38-7 record in dual meets, placed second overall in the Midwest Fencing Conference Championships and finished seventh among women’s teams in the NCAA Championships.