The Daily Northwestern • May 13, 2015 • https://dailynorthwestern.com/2015/05/13/campus/rice-professor-discusses-impact-of-unconscious-biases/ 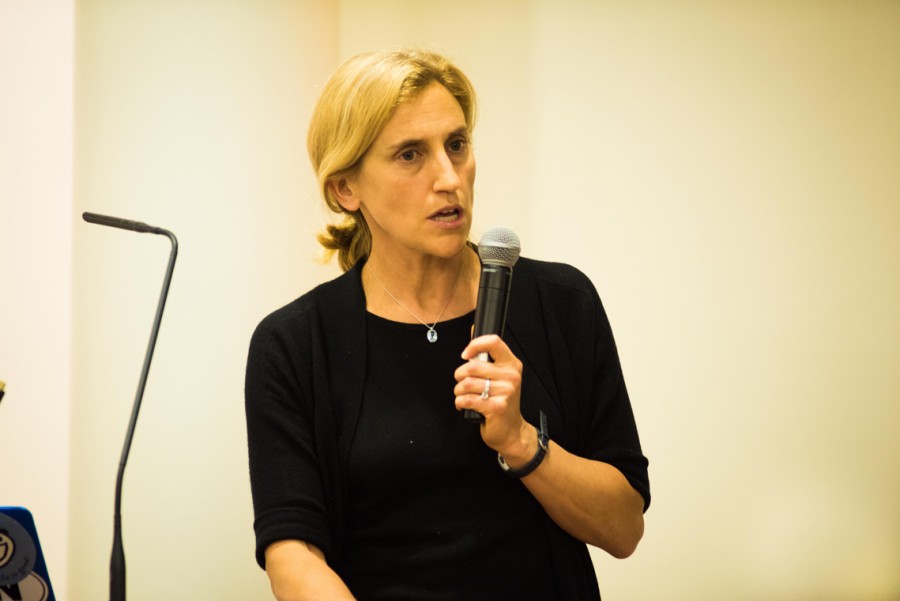 Rice University psychology professor Mikki Hebl spoke at Northwestern on Tuesday night about the prevalence of unconscious biases and the impact they have on the lives of social minorities.

Hebl presented studies showing discrimination in society and discussed how institutions and individuals can prevent the negative consequences of unconscious biases. More than 50 people attended the event in Harris Hall.

Hebl predominately focused on people of color, women and the LGBT community and discussed a range of discrimination from the interpersonal to the organizational level.

“Even good-intentioned people, you and me, still show biases toward others,” Hebl told The Daily. “These biases are often manifested in subtle forms.”

People associated with negative stereotypes receive less eye contact and people are are not as friendly toward them. Conversations are also cut short. She said the implicit forms of discrimination are dangerous because they negatively affect performance of the affected individuals.

Hebl discussed her own research that showed when writing letters of recommendation for jobs, both male and female writers tended to recommend female subjects for their kindness, sensitivity and friendliness as a colleague. Men were recommended for their leadership and independence, Hebl said. She said the types of letters commonly written for female applicants were viewed more negatively.

Although recognizing the prevalence of bias is important, people are less likely to take responsibility for their biases when they know most people also have them, she said to The Daily.

She said targeted individuals can prevent bias and discrimination by emphasizing qualities that make them different from their stereotypes and disproving stereotypes others may associate with them.

Meanwhile, organizations can prevent bias from affecting their hiring processes by establishing diversity training based on empirical research and ensuring job interviews have a specific structure and criteria and do not allow bias.

“We are subject to effects of unconscious bias and without awareness, we may contribute to the problem,” Hebl said. “What I hope you do is identify that bias and try to work on remediating it.”

Alecia Wartowski, director of programs at the Women’s Center, one of the groups that sponsored the event, said microaggressions and unconscious biases at universities impact both the hiring process and experience of students and faculty members.

Lam-Kiu Fong, a chemistry graduate student, said she was drawn to the event because she works in a STEM field.

“I’m pretty interested in these kinds of issues especially because unconscious bias is much more prevalent in STEM fields,” she said. “I wish more people in my department had seen this talk.”