The Daily Northwestern • May 8, 2015 • https://dailynorthwestern.com/2015/05/08/city/gov-bruce-rauner-slashes-state-funding-for-alzheimers-research-care/ 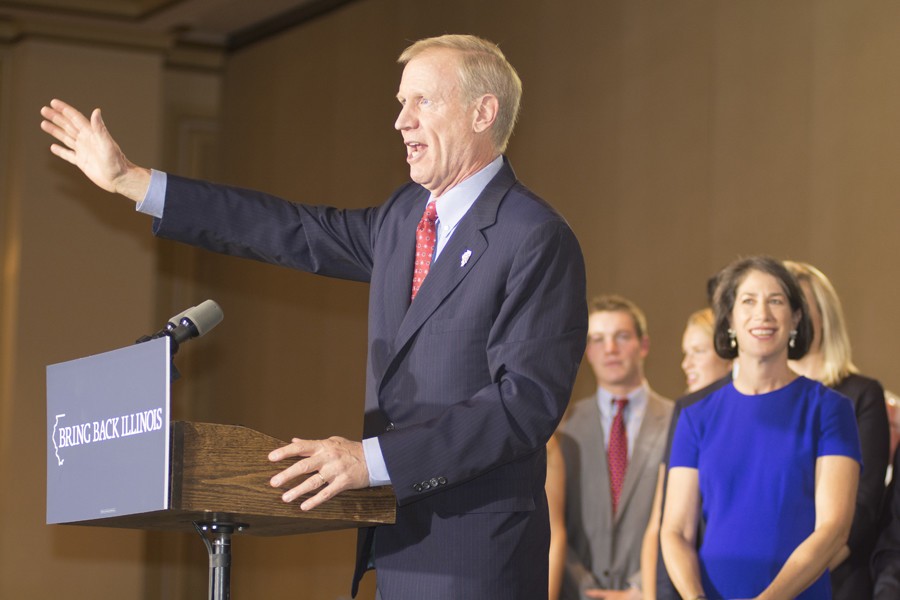 Slashes to funding for Feinberg Cognitive Neurology and Alzheimer’s Disease Center would most severely affect services such as educational conferences, support groups for patients and lifestyle enrichment programs, which engage patients in activities that help strengthen symptoms like memory and communication.

“Our ability to continue functioning at the current level will be seriously challenged,” said Dr. M. Marsel Mesulam, director of the Feinberg center.

Although state lawmakers have until the end of the legislative session on May 31 to approve the budget, there is still disagreement over nearly $2 billion in proposed cuts to human services, according to the Chicago Tribune. Rauner’s budget would eliminate funding for two other Alzheimer’s disease centers — Rush Alzheimer’s Disease Center and Southern Illinois University’s School of Medicine’s Center for Alzheimer’s Disease and Related Disorders would each lose $1.5 million.

The Illinois chapter of the Alzheimer’s Association is attempting to salvage the funding with a petition, disseminated on April 23, that urges Rauner to reconsider. On Thursday, the petition had more than 2,300 signatures — just 200 short of the goal the organization wants to reach before sending it to the governor.

Alzheimer’s is one of the most underfunded, yet expensive, diseases to treat, said Carrie Jackson, chair of recruitment for Chicago’s Walk to End Alzheimer’s. Jackson learned the impact of the disease after she spent eight years taking care of her father, who died of Alzheimer’s almost three years ago.

“It’s not just about patients, it’s also about family members and providing support and education and resources for them,” Jackson said. “Alzheimer’s is a very lonely disease … and people who are being affected need to know that they’re not alone.”

Although Rauner’s proposed budget would take effect in the 2016 fiscal year, Mesulam said checks from the state have already stopped coming. Despite not having received its stipend for several months, the Feinberg center was never formally notified by the state that its funding would be cut off, Mesulam said.

Similarly, SIU’s center hasn’t received any money for the 2015 fiscal year and has not been contacted by the state. Instead, it is borrowing from the university’s medical school, the center’s director Dr. Tom Ala said. Ala said he has written off receiving the money this year and hopes it will somehow materialize in the 2016 budget.

Based on the proposal, SIU’s center will lose all of its $1.5 million from the state — which will affect nearly every facet of its research, clinical work and education efforts — but the center can’t make specific decisions until after the budget is finalized, Ala said.

“Nothing would be untouched,” he said. “It’s all up in the air right now.”

SIU’s outreach programming would be most severely affected, Ala said, which includes 37 sites in downstate Illinois where patients are evaluated for Alzheimer’s and dementia according to the center’s guidelines. If the SIU center cannot pay those sites, local evaluations will likely disappear.

“Illinois faces a $6 billion budget hole because of years of insider deals and financial recklessness,” Rauner’s office wrote to The Daily in a statement. “Without structural reform, difficult choices were made. Those funds were repurposed to help pay for general Medicaid services, which help people at the lowest levels of income.”

“This is the single-most important health care crisis we’re facing and every state would be well-advised to put support into this area both for research and discovery,” Mesulam said. “We need to put more resources into it, not take away resources that exist.”