NUDivest says its resolution focuses on divestment only 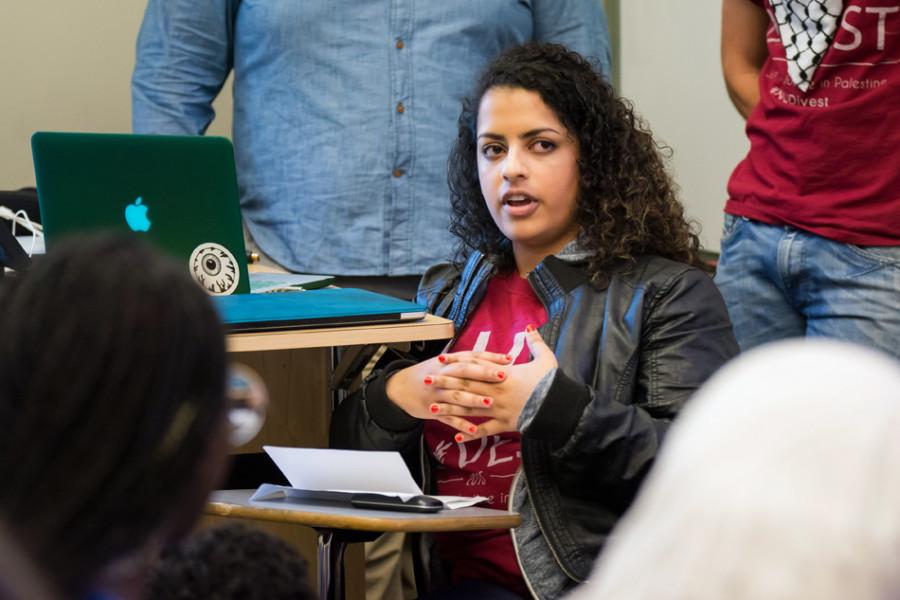 Northwestern Divest held an event Thursday to remind students that its resolution only concerns divestment and to place its on-campus efforts in the context of an international effort to advocate for Palestinian human rights.

The event, called “The ‘B.S’. about B.D.S.,” sought to clarify NUDivest’s relationship with the Boycott, Divestment and Sanctions movement. More than 35 people attended the event.

He described a young protester who died after being run over by a Caterpillar bulldozer.

“These things are very much connected to the specific corporations we targeted,” he said. “We wanted to address how they have profited over the years from this violence.”

Since the campaign launched early Winter Quarter, critics have linked the resolution to the BDS movement, which calls for not only divestment from companies advocates deem complicit in violating Palestinians’ human rights, but for boycotts of those corporations and sanctions against Israel.

Abdullah-Smith, who led the audience through an annotated version of the resolution, said such critiques are “B.S. characterizations.”

He said the language of the resolution is narrow, calling only for divestment from the six corporations, and not calling for any boycotts or sanctions.

McCormick sophomore Omar Shanti spoke about the experiences of Palestinians in occupied territories, projecting photos and articles on a screen.

“Whenever you hear Netanyahu on the news announcing a plan for 7,000 more settlements,” he said, “this is what it’s referring to. Demolishing homes, kicking out Palestinians and building on top of it.”

Shanti said BDS is a strategy agreed upon by hundreds of Palestinian civil organizations to protest such treatment.

NUDivest held a similar event in early February to introduce students to the BDS movement.

Abdullah-Smith linked NUDivest to past students’ efforts to have the University divest from companies involved in South African apartheid decades ago.

“There’s always been an urgent need for students to have a say for this university’s actions and what it’s complicit in,” he said.

Much of the event was educational, with speakers discussing different facets of the Israeli-Palestinian conflict.

Melisa Stephen (Weinberg ’14) spoke about “pinkwashing,” a practice, she said, that involves Israel promoting its legal protections for those in the LGBT community as a way to distract from its history of oppressing Palestinians.

“Legal reform concerning same-sex marriage and LGBT military service is glorified in order to present Israel as a modern, democratic beacon of human rights,” she said, “which we all know it’s not.”

Asked to respond to critics who imply BDS is anti-Semitic, Shanti said the strategy is solely a means of resisting oppression.

“There is no evidence that BDS can harm Jews at all,” he said. “In fact, what it does is tackle the systems of oppression within Israel.”

Abdullah-Smith said students who support the resolution should continue talking about it because work still remains.

“Keep the conversation going,” he said. “There are many more steps to take, and there’s a long road ahead.”