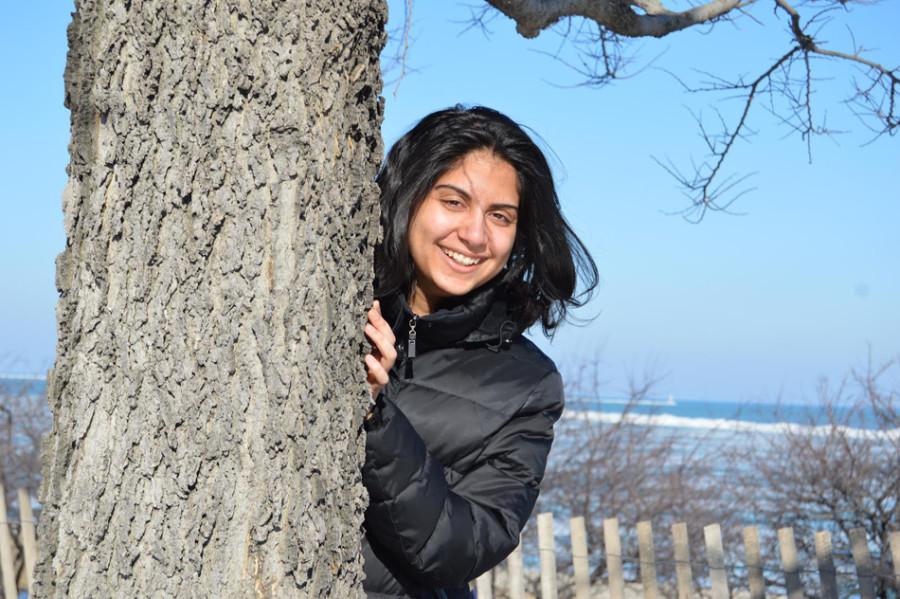 Avantika Khatri was not one to get carried away with small talk. Instead, she preferred to start off with meaningful conversation.

Her tendency to ask the deep questions and delve beneath superficiality is what set the Weinberg junior apart from others, SESP junior Maeghan Murphy said. Khatri was passionate about social reform and about helping others even when she was having a tough time herself, Murphy said.

Khatri, 21, died Monday afternoon in her off-campus residence. Her cause of death is still pending toxicology results, which could take a couple weeks, Evanston police Cmdr. Joseph Dugan said. There were no signs of foul play.

“The University extends our condolences to Avantika’s family and friends,” Adams wrote in an email. “The loss of any one member of our community affects us all, and it does so in different ways.”

Khatri’s friends remembered her for her dedication and her boldness. Medill junior Timothyna Duncan recalled creating a radio show on WNUR with Khatri, who refused to give up on it despite it not going well.

“Ava being Ava, she didn’t dwell on that … She told me to stop thinking so much about what happened and inspired me to go on,” Duncan wrote in an email to The Daily. “She had a genuineness that was incredibly refreshing.”

Khatri served last year as the co-director of publications for NU’s chapter of Students for Education Reform. She worked as a copy editor at The Daily during Fall Quarter 2012 and as an advertising production staffer at Students Publishing Co., The Daily’s parent organization, from fall 2012 through fall 2013.

Khatri had recently transferred from the Medill School of Journalism, Media, Integrated Marketing Communications to the Weinberg College of Arts and Sciences to study political science, which she was really excited about, Weinberg junior Jane Gross wrote in an email to The Daily.

However, while Khatri was pursuing journalism, she showed tremendous skill in reporting and writing, said Jim Robertson, a managing editor at the Columbia Daily Tribune, Khatri’s hometown paper in Missouri where she worked in summer 2011.

Even as a high school student, Khatri was already talented and mature, Robertson said. When the paper’s staff learned of her death, Robertson said they were “stunned.”

“We were able to just throw her into general assignment stories like we would any other reporter,” he said. “I have no doubt that she was going to succeed in whatever she decided to do. It’s just so surreal when somebody like that, who’s got so much life to live … it doesn’t make sense.”

Robertson said the two of them stayed in touch as Khatri debated whether to attend the journalism school at the University of Missouri, close to where she lived in Columbia, Missouri.

But Khatri ultimately chose NU, an opportunity Robertson said Khatri was excited about. Khatri never hesitated to help and support others, Murphy said.

“We spent many occasions on the Lakefill at night, singing and screaming and crying,” Murphy wrote in an email. “She was a fighter … She taught me how to stay true to myself and advocate for my needs.”

Khatri showed her spirit in the form of adventures. Murphy said that once, when she and Khatri were lost in downtown Chicago during their freshman year, Khatri suggested they turn off their phones and wander around the city.

Murphy said she will always cherish her memories with Khatri, as did Weinberg junior Stephanie Chang, who lived with Khatri in Shepard Residential College their freshman and sophomore years.

In a story Chang posted Tuesday on Medium called “On Loss and Acceptance,” Chang described her grief following Khatri’s death.

“Each time I scroll past your name on my contacts list, my heart clenches and my eyes well up with tears,” Chang wrote. “Every time I look through old photos or hear something you would have thought was funny, I see you with your head thrown back, laughing that completely free, contagious laugh of yours.”

Chang wrote that with her pain and grief, she also feels a “bittersweet, tender joy” for the memories she’ll keep with her.

Associated Student Government will hold a community gathering in Khatri’s memory to support her family and friends Thursday at 3 p.m. at The Rock.