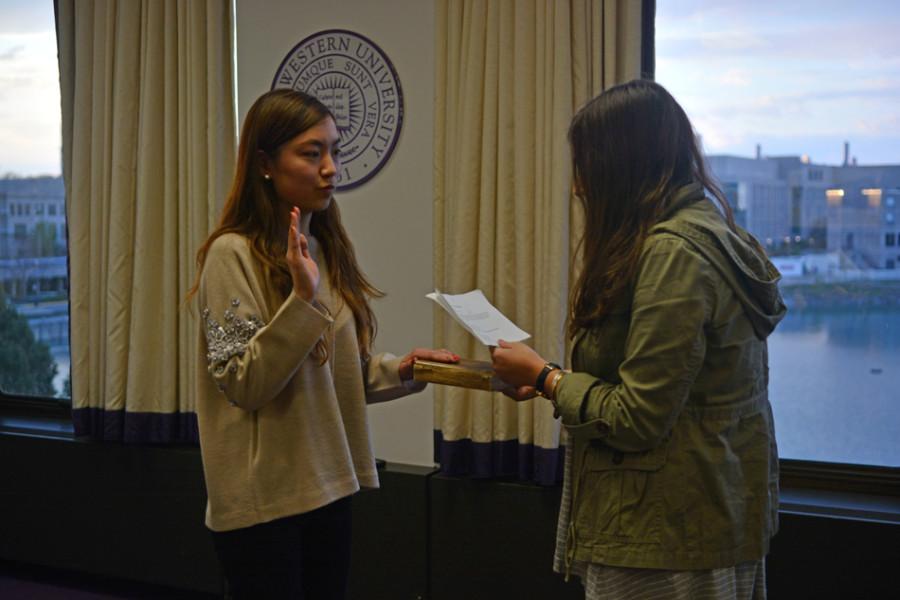 Following last week’s four-hour meeting, Senate met for just over half an hour with a light agenda.

Fu, a former Daily staffer, said ASG’s committee system sometimes makes it difficult for members to know what projects other parts of student government are working on.

“I feel like ASG has a lot more potential to engage with the student body,” Fu said. “But if we don’t know ourselves, how are we supposed to educate everyone else about it?”

Fu is the design editor for STITCH Magazine, an experience she said will help with designing outreach materials for ASG.

The committee proposed a $5,950 increase from this year’s budget, with most of that increase going toward a proposed $4,000 allocation for a “campus-wide mental health campaign.”

“We do believe that mental health is something the University needs to continue to make a top priority,” Zorn said.

According to the proposal, almost half of the $80,000 budget will go back to students through stipends, grants and awards.

One example is the $4,500 Event Subsidy Fund, which would allow 100 lower-income students to receive up to $30 per quarter in subsidies to cover WildCARD-ticketed events. The Center for Student Involvement will match the funding, bringing the fund’s total to $9,000.

Senate will vote on the budget May 13.

ASG President Noah Star spoke about changing the culture of student government to make it more relaxed and welcoming. He announced that future Senate meetings would be themed, beginning with a pajama day next week.

“We’ve made a ton of strides in Senate over the past year for making the space more comfortable for each other and our guests,” Star said.

This post was updated at 12:35 a.m. April 30 to clarify Florence Fu’s previous involvement with The Daily.

Correction: A previous version of this article misstated the school that Florence Fu is in. She is in Weinberg. The Daily regrets the error.