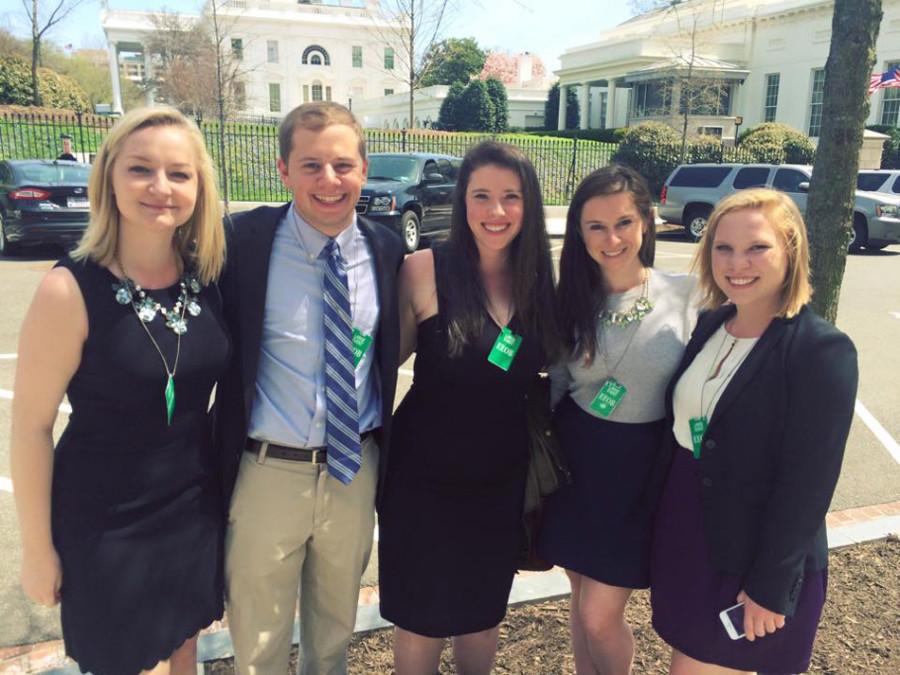 Five Northwestern students discussed higher education policy reform at the White House on Monday. The students went to Washington as part of the Association of Big Ten Students’ “Big Ten on the Hill” event.

As part of “Big Ten on the Hill,” which is sponsored by the Association of Big Ten Schools, NU students are meeting with government officials to talk about issues including sexual assault, mental health and college affordability.

“The overall purpose of the trip is to continue what we do in (Associated Student Government) in terms of representing students and specifically to focus on higher education issues at the federal level,” said Kevin Harris, ASG’s vice president for community relations.

This is the second year NU students have attended the event, but last year only members of ASG traveled to Washington. This year, Harris, a Weinberg junior, ASG President Julia Watson and Weinberg junior Liz Deadrick, a member of ASG’s community relations committee, were joined by Amanda Walsh, president of NU’s chapter of Quest Scholars Network, and Elizabeth Bohl, president of College Feminists.

Watson, a Weinberg senior, said ASG wanted to bring other student leaders on the trip because of their expertise on specific issues, namely college affordability and sexual assault.

On Monday, the NU delegation, along with members from the 13 other Big Ten schools, met with members of the Obama administration to discuss environmental policy, health care and the “It’s On Us” campaign.

Walsh, a Communication junior, said she learned a lot about the different policy factors that impact colleges and universities around the country.

“I have also been able to give explicit, specific feedback to people who make policies, lobby for policies and advocate for policies that will directly affect Northwestern students,” she said. “I am able to give Northwestern’s opinion, my opinion, the students’ opinion to these people who have the ability to make actual, salient change not only on a city level, not only just for Northwestern students, but on a national level.”