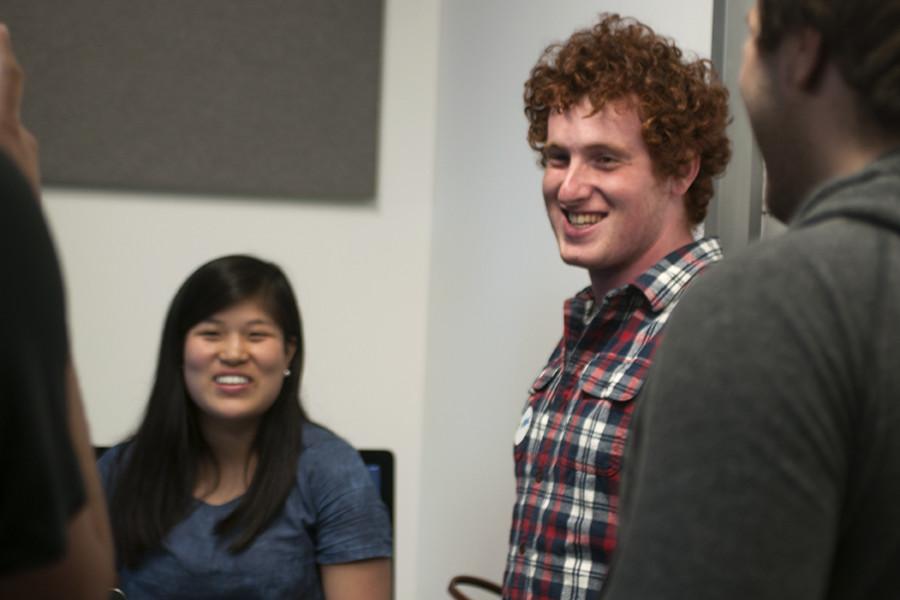 Star, a Weinberg junior, will be Associated Student Government’s next president and Kim, a McCormick junior, its next executive vice president, after defeating Medill junior Haley Hinkle and SESP junior Chris Harlow.

The two will be sworn in at Senate this Wednesday.

After he is inaugurated, Star said, he and Kim will begin work on the first “100-day plan,” a series of projects the two aim to complete by the quarter’s end. The plan, Star said, will be built in part on suggestions from students.

Kim said she thought her and Star’s platform based on “Listen Then Lead” went over well with voters.

“Our message resonated with a lot of students,” Kim told The Daily. “People really liked what we had to say about humility and bringing ASG back to students.”

Star, who just finished a year as speaker of the Senate, said he wanted to “inject a healthy dose of humility into ASG.”

Star is the former vice president of Delta Tau Delta fraternity and a former Wildcat Welcome peer adviser. Kim is ASG’s vice president for services, a Quest Scholar and a member of Northwestern University Community for Human Rights.

Star said the other ticket “ran a tight ship.”

“I think they did a great job, every single person on their campaign is a hard worker,” Star said. “I have nothing but respect for them.”

Hinkle said she and Harlow are thankful for the relationships they’ve developed with their campaign team.

“We’re obviously disappointed,” Hinkle said. “But I think that we’re so grateful for all the friends we made throughout this process and all the relationships that became so close.”

Hinkle said she will still look for other opportunities to help with community building efforts, namely sexual assault awareness.

Harlow said despite the loss, he will continue to advocate for a more inclusive Northwestern. He said the election gave him a greater appreciation for the student body, but also a better understanding of how many students’ voices are silenced.

“Even though Haley and I didn’t win I’m still committed to creating a more accessible campus that values all students equally and prioritizes more frequently those who aren’t a priority,” Harlow said.

A referendum that asked students if they believe NU should divest from coal companies passed with 74 percent of voters in favor.