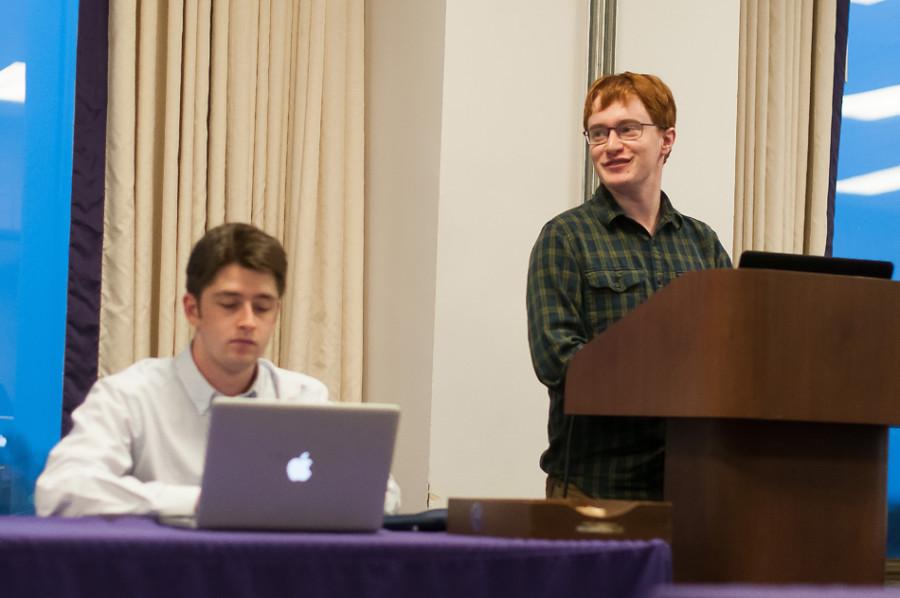 Associated Student Government called on Northwestern during its meeting Wednesday to reduce the number of credits students need to graduate.

The resolution was the result of a report compiled by ASG’s academic committee that showed the benefits of easing graduation requirements. Specifically, the resolution asks the University to decrease Weinberg College of Arts and Sciences’ number of required credits from 45 to 42.

Whinston told The Daily that student government should advocate for students more rather than be a mouthpiece for administrators.

“ASG, as a whole, is too frequently the conduit where administrative opinions are passed down and then ASG broadcasts them to the student body,” he said. “ASG really should be more of an advocate on behalf of students when it comes to the administration taking action on that advocacy.”

Whinston most recently helped lead the campaign to pass an NUDivest-sponsored resolution asking the University to divest from six corporations the resolution’s authors say violate Palestinian human rights. When NUDivest supporters introduced the resolution Feb. 11, Whinston helped deliver an authorship speech and fielded most of the questions from Senators.

Whinston told The Daily he wants to play a larger role in ensuring administrators act on ASG legislation.

“The Senate Code calls for the speaker to enforce legislation that is passed by the ASG Senate,” he told The Daily. “I feel it is my role to strengthen the role of the speaker when it comes to making sure the administration is held accountable if it ignores our legislation.”

Weinberg junior Matt Clarkston was also sworn in as parliamentarian and will succeed Weinberg senior Dana Leinbach.  Clarkston previously served as off-campus caucus whip and a member of the rules committee.

Senate also passed a resolution endorsing a bill in Congress that would allow tax-exempt charities and educational organizations to make grants to “non-University owned, not-for-profit student housing entities,” such as fraternity and sorority housing.

The Collegiate Housing and Infrastructure Act would let these tax-exempt groups help fund infrastructure improvements within Greek housing such as fire alarms, thereby making such housing more affordable, its sponsors said. Currently, such grants are not tax-deductible.

Senate also voted to join the Coalition of Chicago Colleges and Universities, a collective of student governments from schools in the Chicago area and allocated $710 to the Voyeur Theatre Collective and $575 to the Sailing Team through the Wild Ideas Fund.